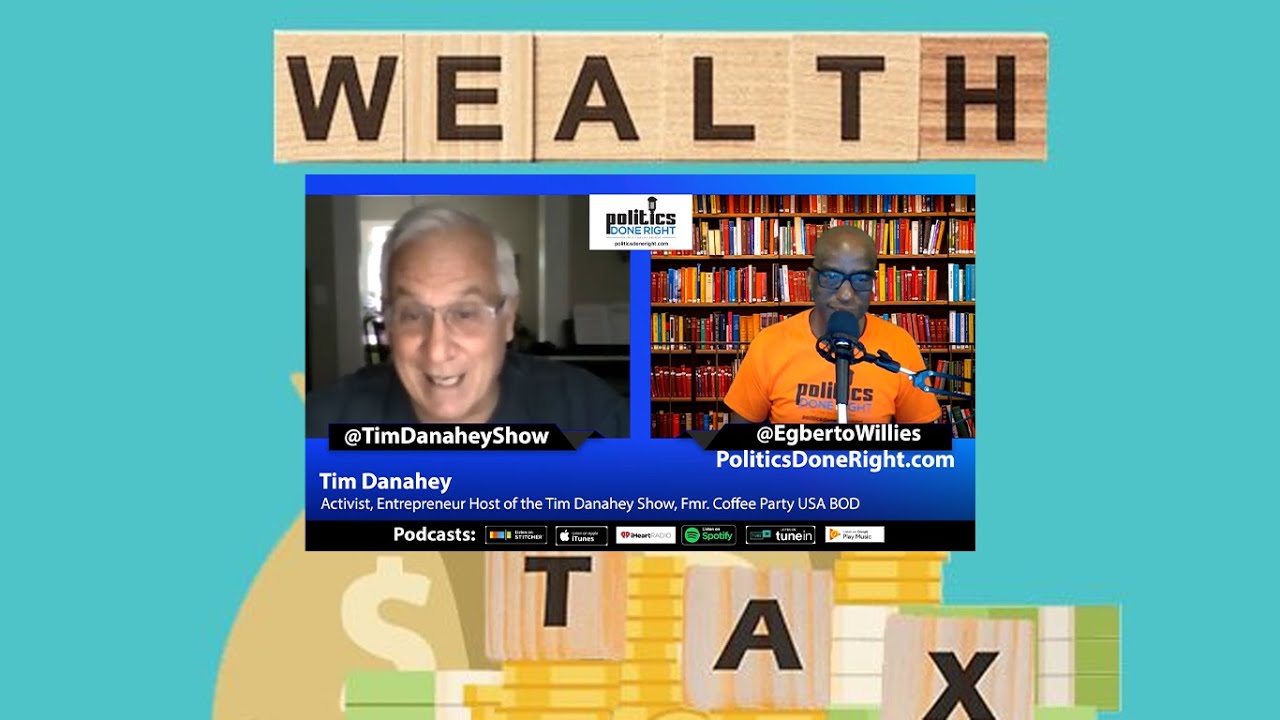 Radio Host Tim Danahey sent me a note that gave me pause. If we could make sure all Americans understand this, we could force the hands of politicians on the wealth tax.

Here is the note I received from Tim.

I was playing with wealth tax numbers on the back of scrap paper and wanted to spark some thoughts for you.  But, first, I want to make two statements:

The U.S. Federal Budget this year is $4.9 trillion

If we taxed the net increase in wealth at 10% and the ending net wealth at 2%, we would collect $6.2 trillion in taxes.

We would have a $1.3 trillion surplus

This household’s total Federal wealth tax would be $7,000 (less than half of what an income tax would be)

Jeff Bezos would pay $5 billion in wealth tax and net $7 billion in increased wealth and be worth $182 billion instead of $189 billion.

We have a $1 trillion deficit.

The concept needs work but it seems viable.  The more you have, the more you need government to protect it.

I know the defenders of Bezos (today’s Washington Post’s op ed which is, not so coincidentally, owned by Bezos) say much of Bezos’ income was reduced by charitable giving.  Well, if you want a country’s policies determined by fiat whereby a few wealthy people decide what institutions receive their alms, then go for it.  It doesn’t work.  Hong Kong citizens rebelled against that concept prior to its absorption into China.  To illustrate, I’m sure the Sackler family’s donation of Chinese Art to their named museums was tax deductible, of interest to themselves, and of no direct benefit to overall society (although we should acknowledge a small indirect benefit to culture).

I wish someone beside Elizabeth Warren would begin a zero-based tax code.  Carry nothing from the existing tax code and re-write from nothing.

Nuff said.  Thanks for tolerating my rants.

(51625)
$17.62 (as of May 21, 2022 06:05 GMT -04:00 - More infoProduct prices and availability are accurate as of the date/time indicated and are subject to change. Any price and availability information displayed on [relevant Amazon Site(s), as applicable] at the time of purchase will apply to the purchase of this product.)