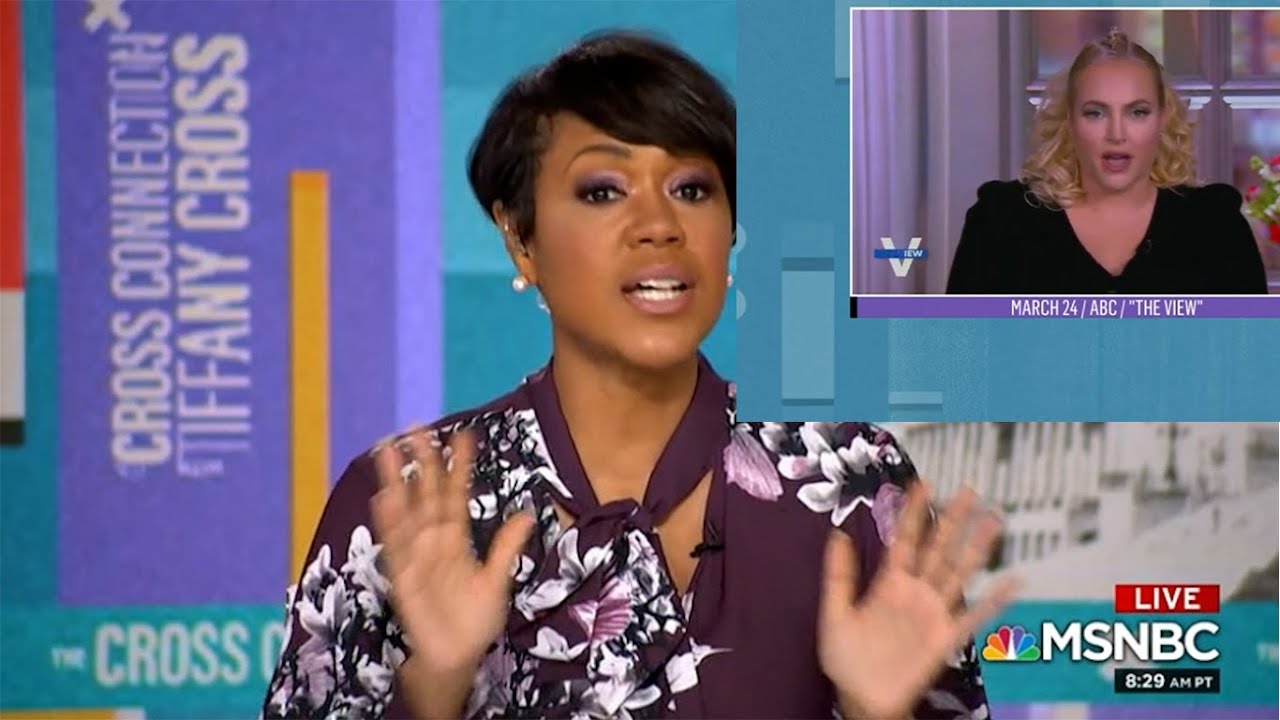 MSNBC’s Tiffany Cross, the host of the Cross Connection, excoriated Meghan McCain for her ignorant statement on Identity Politics.

Tiffany Cross did not hold back. She went at Meghan McCain for the following statement she made on The View. Tiffany Cross put it all into perspective.

“Just to put a cap on this,” Meghan McCain said, “The View is 25 years old next year, and we’ve only had one Asian-American host co-host this show. So does that mean that one of us should be leaving at some point because there’s not enough representation? Is identity politics more important than the qualifications of a job, and I think that’s a question going forward that the progressive left is going to have to reconcile.”

Cross would have none of it. She made it clear with her narrative that identity politics seem to be mentioned solely when relegated to people of color and others. But when dealing with the majority population, somehow white-economic-anxiety, soccer mom, Joe-The-Plumber, NASCAR Dad, and other cute names don’t reflect just that, identity politics.

I say ad nauseam on Politics Done Right that until all identities have equal access to success and are treated equitably by our political, social, and justice systems, identity politics is a must. Cross attributed much of McCain’s concern about identity politics to her own projection, attaining success she likely earned because of who she is related to, Senator John McCain.

Tiffany Cross had some closing advice for Meghan McCain.

“Try being an ally instead of an adversary,” Cross said. “From now on I hope you speak less and listen more.”

This was a deserved takedown.

(43211)
$0.00 (as of May 21, 2022 05:37 GMT -04:00 - More infoProduct prices and availability are accurate as of the date/time indicated and are subject to change. Any price and availability information displayed on [relevant Amazon Site(s), as applicable] at the time of purchase will apply to the purchase of this product.)