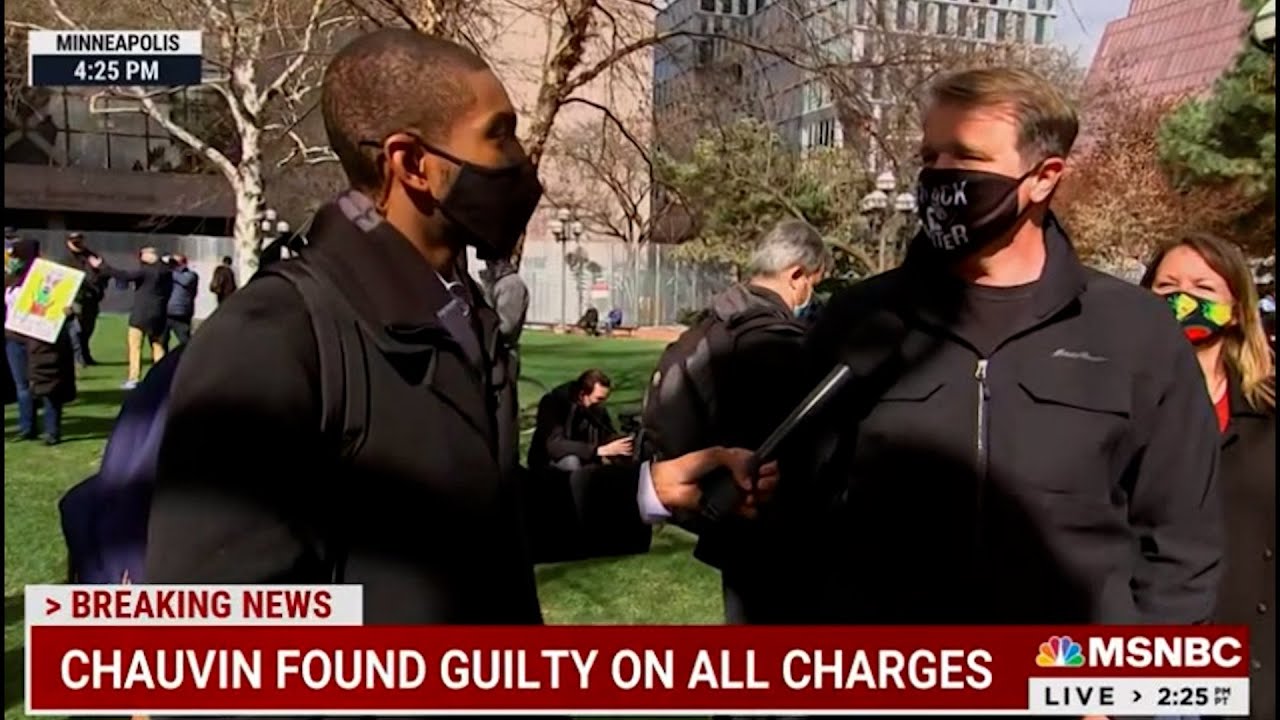 I was very impressed with the humility and humanity of this guy’s statement after the Chauvin verdict. If only most got it as he did.

We can thank Chauvin for awakening this white guy. Empowering.

Suffice it to say. I was very impressed with this white guy that MSNBC correspondent Shaquille Brewster interviewed. He asked the guy what he was thinking after the Chauvin verdict. He said he was relieved. He said he was there to support black and brown people.

“I have a lot of learning to do myself,” the gentleman said. “And so for myself personally, this has been a wake-up call for the privilege I’ve had, and I haven’t even realized it, and the difficulty for all black and brown people. So I’m thrilled that justice was served.”

Brewster was not satisfied with the answer. He prodded. He asked him what he was going to do with his newfound realization.

“I want to find out. I don’t know,” the man said. “I actually Googled it today. What can a white person do to help Black Lives Matter? Just an open awareness to see that, you know, institutionally and systematically, I’ve got benefits that other people don’t have.”

That was prescient. Not only did he show humility. He understood that he needed to empathize, something pre-George Floyd he likely never did.