Trump’s nonsense continues as he tries to convince you that now 60-70,000 deaths are acceptable even as the death toll will get worse, especially when the second wave of infections develop. Today he confessed again, even as he desperately tried to shift blame somewhere else. So strange are the many attempts to claim that the crisis is over. But “this is a great success story” we are told.

He keeps saying this. Does he realize that he's talking about himself? https://t.co/dckoruIYUM

Trump Decides Now Would Be a Great Time to Cut Coronavirus Research Funding https://t.co/7aAfAxfPxY via @VanityFair

Q: Without a vaccine, why do you think the virus is going to be gone?

3/26: “Nobody would have ever thought a thing like this could have happened.”

Not a single ventilator ever arrived. A NY state official said the state entered into $69 mil contract w/ Yaron Oren-Pines (@yopines) at direct recommendation of White House coronavirus task force – so was this the official taskforce or the shadow taskforce run by Jared Kushner? https://t.co/n6DNtT07bT

Oh this is some fucked up shit right here. https://t.co/iVDG5zgMly 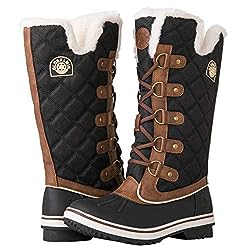