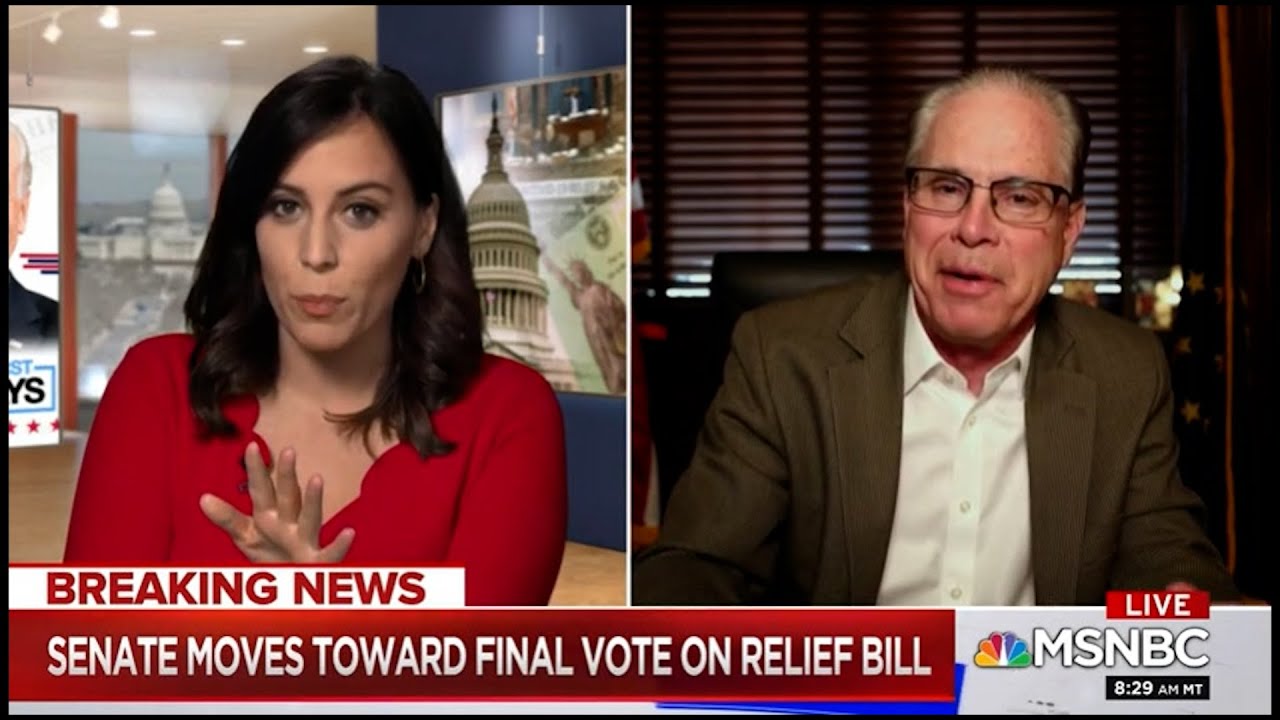 Hallie Jackson is a real journalist. She is not a stranger to lying and misleading politicians. She generally does not allow them to get away with misleading her audience, and unlike many of the men on the network, like  Katy Tur, they will interrupt to prevent the lies’ metastasis.

Indiana Republican Senator Michael Braun appeared on Hallie’s show to malign the COVID Relief Bill. Jackson rebuffed every point he made. One has to wonder why Republican politicians believe their supporters are so uninformed. Well, maybe it is because they generally use both their own networks (Fox News, OAN, NewsMax) along with the mainstream media to misinform.

Braun claimed that his state does not need the stimulus. He implied good state management kept their state in good shape. As such, they only need their unemployment fund replenished. Understand this. What this Senator is expressing is the selfishness endemic in the Republican politicians. He wants the Federal Government to bail out only the things that support his state and consequently other Red states.

But let’s be clear. Indiana is a taker state. It takes much more from the Federal Government than it pays in. So while he complains that California, New Jersey, and New York get a large share of the COVID Relief Bill, he forgot to say that those states, for decades, have paid more into the Federal Government than they take out. Moreover, they are some of the most populous states.

The Senator went on and on. But Hallie Jackson was constantly keeping him in check. She did a great job without making the discourse toxic.

(43136)
$0.00 (as of May 20, 2022 02:18 GMT -04:00 - More infoProduct prices and availability are accurate as of the date/time indicated and are subject to change. Any price and availability information displayed on [relevant Amazon Site(s), as applicable] at the time of purchase will apply to the purchase of this product.)