Above is a photo of a protest crowd today at Olympia, WA.  Trump says he watched the protests (not specifically this one), and…

“I watched the protest and they were all six feet apart,” Trump said at Sunday’s coronavirus task force briefing. “It was a very orderly group of people.” www.washingtonpost.com/…

Maybe he meant “six feet under”?

Trump also denied seeing any signs like this one, from Cleveland on Saturday:

and from Lansing MI on April 15:

Some demonstrators have been photographed waving anti-Semitic signs, Confederate flags and posters comparing Michigan Gov. Gretchen Whitmer (D) to Adolf Hitler. But Trump said Sunday that all he has seen is the American flags present at many demonstrations.

Those signs, by the way, aren’t handmade; they’ve been printed.

”These people love our country,” the president added later, saying he has never seen so many American flags at a rally. “They want to get back to work.”

Pressed on the Nazi flags that some protesters have waved, Trump replied: “Well that, I totally would say, no way. But I didn’t see that.”

No doubt when shown the photos, he will say “there were very fine people on both sides” again, or something like it. 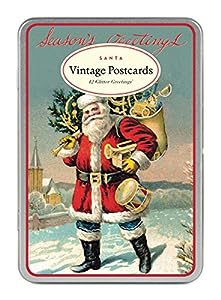