They caught a dead person voting near Philly! (for Trump, that is)

This had to happen, because I have not laughed nearly enough about Trump’s feckless fraud fucknuttery quite yet.

They found fraud! Near Philly! A fake vote for … Donald Trump!

Is this our first documented case of an actual ballot cast in the name of a verified dead person in the Philly region during the 2020 election? Note: The man was caught and charged by authorities. He also cast the fraudulent ballot for Trump. pic.twitter.com/zwCLKbfiUQ— Jeremy Roebuck (@jeremyrroebuck) December 21, 2020

Here’s the text of the tweet for the eyeball-challenged among us.

District Attorney Jack Stollsteimer today announced the filing of criminal charges against Bruce Bartman, 70, of Marple Township for illegally voting in place of of his deceased mother in the November 3, 2020 General Election.

“Respecting the integrity of our election process is the sacred duty of every American,” said Stollsteimer. “Our investigation has determined that Mr. Bartman intentionally and willfully violated our election laws by registering two deceased individuals as voters and completed his criminal acts by requesting and returning an Absentee Ballot for one of those individuals, his own mother, who died in 2008.”

Mr. Bartman has admitted that he is the person who registered hid deceased relatives as voters on August 20th and subsequently requested, filled out, and sent in the Absentee Ballot for his deceased mother, with the intention for the vote on that ballot to be counted in the vote totals for the 2020 General Election. Mr. Bartman explained that he cast a vote in the name of his deceased mother to reelect President Donald J. Trump.

See? This is why voter fraud is so rare … because you only add one vote to your candidate’s total, and then you get caught and prosecuted. Not really worth it.

So Donald Trump isn’t completely off-base after all! So nice to see Joe Biden increase his lead in Pennsylvania.

Maybe if he waits another couple of months he can increase it by a couple of votes more. 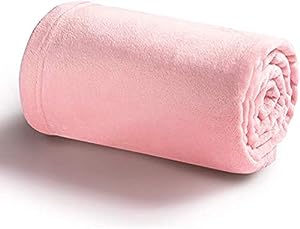