I’ve argued with many a conservative over the years. No matter what the argument, be it violence against women, kids in cages, killing old people to save the economy, etc., the right-wing extremists will always try to bring up abortion. They do this for two reasons: they can’t possibly justify their base’s cruelty, and they falsely believe they have the moral high ground on the abortion issue. They don’t. I don’t tolerate it when they try to pull this after they lose an argument, and no liberal should either.

Five-hundred-and-forty-five children. That’s the number of kids who have now been permanently lost by this administration. Migrant families who fled civil war and violence in Central America, in part because of policies our government enacted, had their children taken away for the “crime” of seeking asylum in the United States. Jeff Sessions openly stated that he was deliberately targeting the children. “No matter how young,” added Rod Rosenstein. Toddlers were intentionally traumatized after this administration separated them from their parents and crammed them in filthy concentration camps without a system in place to reunite them. This acted as a “deterrent,” according to Donald Trump's own words. And now, eight school buses full of children can never be reunited with their parents. Let's call this what it is: evil.

On Mobilize America, there are hundreds of campaigns and local Democratic parties organizing (mostly virtual) get-out-the-vote activities. Find one near you, and connect with members of your community while doing work to turn out the Democratic vote! 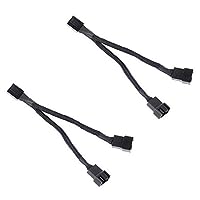