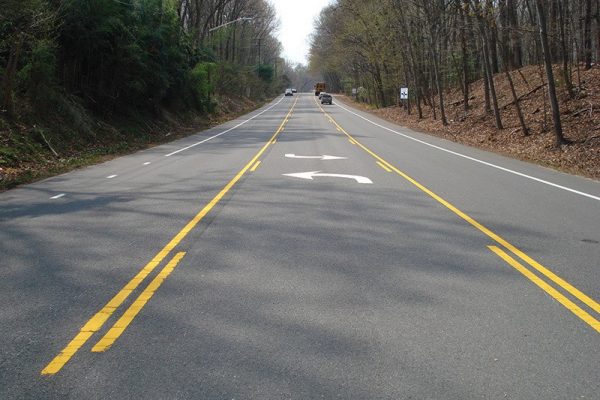 Just stop talking about “staying in your lane” unless you're a American football player.

The state with frost heaves also has three lane roads where a left turn comes from a center lane. Legally that’s where they always must be made. There are no such rules in American football, where lanes often disappear because of blocks.

There are no lanes in politics, especially when Chris Matthews claims he’s a ‘marxist’ while using an economic determinist argument on his TV program. He hasn’t violated lane-changing rules but he is driving too slowly, and maybe with his blinker on too long. Still too soon for Spring Football.

Yet disinformation knows no season as we’re suffering from the quadrennial “caucus chaos” in Iowa followed by the greater clarity of an actual primary election in New Hampshire, complete with the idiocy of TV covering tiny voter precincts casting votes at zero-dark-thirty. But even with a small population, propaganda and disinformation can have an effect.

Propagandists run amok in the age of the Trump regime, as John Solomon helped create the still unresolved Giuliani role in the Arms for Dirt scandal. Remember that Giuliani once led polls up until the 2008 New Hampshire primary.

“By *all accounts, we are going to New Hampshire **victorious.”

*With 0% reporting
**at best, tied with Bernie, but definitely lost the popular vote https://t.co/quKhVW6BVv

“New HampshireÃ¢Â€Â™s Democrats have already passed at least one disinformation warm-up test. It started last week, with a new Twitter account for a gubernatorial candidate…created by the state Republican Party.” #nhpolitics https://t.co/3EIkGteQ1v

Fox News’ own research team has warned colleagues not to trust some of the network’s top commentators’ claims about Ukraine.

The 162-page document, entitled “Ukraine, Disinformation, & the Trump Administration,” was created by Fox News senior political affairs specialist Bryan S. Murphy, who produces research from what is known as the network’s Brain Room—a newsroom division of researchers who provide information, data, and topic guides for the network’s programming.

The research brief is especially critical of Solomon, a former opinion columnist at The Hill whose opinion pieces about Ukraine made unsubstantiated claims about its government interfering in the 2016 U.S. presidential election. Solomon’s pieces for The Hill fueled Giuliani’s efforts to dig up dirt in Ukraine, which eventually helped lead to President Donald Trump’s impeachment. Trump has also frequently cited Solomon’s questionable reporting on Twitter in his own defense.

While Solomon is portrayed on Sean Hannity’s show as a crusading “investigative reporter”—despite The Hill overtly branding him an opinion columnist—the Brain Room document accuses the contributor of taking part in a Ukrainian smear campaign. “John Solomon played an indispensable role in the collection and domestic publication of elements of this disinformation campaign,” the Fox briefing book notes.

The biggest problems were are facing now are related:

1/ Propaganda techniques being weaponized by Trump includes what one study calls the Firehose of Falsehoods and bothsidesism.
After last night’s speech, you may want to revisit this thread:

The main goal of the Trump-FOX-GOP is to sow discord and doubt.

2/ This sort of thing👇
🔹sows doubt and confusion
🔹undermines confidence in democratic institutions, and
🔹undermines factuality (which in turn undermines rule of law; you can't have rule of law without an intact public sphere.)

Not if ⤵️the point is to sow division, create doubt, muddy the waters, and create a “bothsides” argument:

Put bluntly, the US president and a major political party are conducting a soviet-style disinformation campaign against their own citizens.
3/

I begin with this premise: If the Democrats win the House, Senate, and White House in Nov, we can rapidly undo the damage.

If you’re inclined to argue, see my FAQ’s: terikanefield-blog.com/faq/

(I suggest everyone stop arguing with doomsayers. Send them to my FAQs and move on)
4/

I prefer 538 polling aggregate because it prevents us from focusing on outlier polls, and shows change over time. projects.fivethirtyeight.com/trump-approval…

Trump won in 2016 with 45.5% of the vote.
He dropped rapidly and never again reached that height.

From this chart I learn that a solid 52-53% of the population dislikes Trump. That is unlikely to change.

(Winning 53% of the vote and losing the electoral college is an extremely remote possibility so don't go there. It's more doomsaying)

As long as that 52% votes for the Democratic nominee, the Dems almost certainly win the White House.

But we also need the Senate.

From this chart I also learn that a solid 40% will vote for Trump no matter what.

The question of the hour⤵️

We need a long term solution for dealing with demagogues and their cults.
The short term solution is to not to argue with them. You won’t change their minds, you’ll wear yourselves out trying.
8/

People who are unreachable ⤵️

The people up for grabs, the persuadable voters, is a band of about 5-7% of voters.
Get a chunk of those, and we can reach landslide numbers.
The problem: These are also the people vulnerable to propaganda.
9/

People vulnerable to propaganda are not engaged, so they’re likely to get confused, lose confidence in institutions, and conclude maybe Trump is right after all.

This is a fabulous list of ways to fight disinformation campaigns:
euromaidanpress.com/2017/06/16/way…
10/

#3 on this list of how to fight a disinformation campaign is “raise awareness.”

#6 is “Civil society” must be involved (that means us, not just the government or institutions)

As Taylor Swift says: “Nobody is going to save us. We have to save ourselves.”

#7 says: “Acknowledge the limits of debunking.”
This dovetails with the conclusions of this article: rand.org/pubs/perspecti…

Disinformation doesn’t merely present “alternate facts” it creates the sense that there is actually no knowable truths.

#10 says: “adapt the response to the audience” and mentions those who can only “consume entertaining information.”

In other words (to put it bluntly) don’t try logic with people whose brains don’t function that way.

So “Trump is mean” might be a better message for some of your persuadable neighbors refuting Trump’s message with law and logic.

For decades, as the GOP morphed from a conservative to an authoritarian party, they’ve cloaked their devious means behind pretty words.
14/

Trump made the subtext text.

Sometimes I think things are unfolding as they should. The truth is out in the open now.

California can show the way. (If you don’t know how California turned blue, here’s a thread for you ⤵️)

One major change between the Nixon era and ours is the effectiveness of the right wing propaganda loop.

Also, in Nixon's era, the shifting of the parties wasn't complete. The parties were still in transition.
16/

This is precisely why you have to adjust your argument to the person.

When you find a persuadable voter in real life (don't bother with Twitter People) ask questions before you make your pitch.
Find out what matters to the person.
17/

My threads are also blog posts. This one is here: terikanefield-blog.com/combatting-dis…

My email notification on my blog stopped working. It looks like no notifications have gone out for a week now.

I've informed my IT staff (my husband). Hopefully it will be working soon.