Earth’s most extensive tropical wetland engulfed in a wildfire since the beginning of January. Still, recently the fires have accelerated due to climate change and human stupidity and greed. Plantlife and iconic wildlife are paying a devastating price in this human-made ecological calamity.

The Pantanal is a massive area that includes parts of Brazil, Paraguay, and Bolivia. The Federal University of Rio de Janeiro has calculated that over 5.8 million acres have burned. Remarkably few animals have survived. Those that have are charred, and many need euthanization to end their excruciating suffering.

RIO DE JANEIRO — Wildfire has infiltrated a Brazilian state park known for its population of jaguars as firefighters, environmentalists and ranchers in the world’s largest tropical wetlands region struggle to smother record blazes.

The fire had surrounded the Encontro das Aguas (Meeting of the Waters) park in the Pantanal, located at the border of Mato Grosso and Mato Grosso do Sul states, but for a time rivers helped keep the blazes at bay. Then wind carried sparks into the park and flames have been wreaking destruction for over a week.

There is little outlook for any near-term help from rainfall, said the Mato Grosso firefighters’ spokeswoman, Lt. Col. Sheila Sebalhos.

“The forecast isn’t good,” Sebalhos said by phone from the state capital of Cuiaba, after spending weeks in the fire zone. “High speeds of those winds that change direction many times throughout the day are favoring the rapid spread (of fire).”

Some 200 jaguars have already suffered injury, death or displacement because of the fires, according to Panthera, an international wild cat conservation organization.

Bolsonaro, who took office in January 2019, faces criticism for presiding over a surge in fires, not only in the Pantanal but in the Amazon.

Studies show deforestation in the Amazon is having an impact on rainfall in other regions of Brazil by shrinking the rainforest's so-called “flying rivers”: vast clouds of mist that are carried by the wind and dump water across a large swathe of South America.

“It's too early to know if the droughts in the Pantanal in recent years are directly linked to that,” said Silgueiro.

“But there's no denying things are different from before. I'm from this region. I remember when it used to rain in August and September. This year, it hasn't rained since June.”

“That would be really tragic,” he said.

“Because in the Pantanal, if you have fire after fire in the same place, the vegetation can't grow back.”

What this year’s fires show, experts say, is that the degradation of Brazil’s biomes, each ecologically crucial, is closely interconnected in a way that makes trying to protect one biome at the expense of another futile.

Most of the moisture that feeds the Pantanal by air comes from the Amazon, in the form of air masses loaded with water vapour taken up from the humid rainforest. These “flying rivers”, as they are known, travel across the country and are released as heavy rains over the Pantanal and the Cerrado, as well as parts of Argentina, Bolivia and Paraguay. As the Amazon is cut down and fragmented, less evapotranspiration of moisture is available, and rainfall over the rest of the continent decreases.

Some researchers have also suggested a climatic link between unusually warm Atlantic ocean temperatures, intense Atlantic hurricane seasons – like this year – and bad years for Amazonian drought and fires, said Ane Alencar, director of science at the Amazon Environmental Research Institute (IPAM). Alencar added that it was reasonable to posit a further link with Pantanal fires, as an Amazonian drought year will mean less moisture available for the flying rivers which flood the wetlands.

If we take a look at the numbers of fire indications since 1998 when monitoring began, the only year where the Pantanal had such a very strong peak in the number of fires was 2005,” Alencar said. “And 2005 was one of the worst hurricane seasons, with Katrina and others, and we had a very strong drought in the western and southwestern Amazon.” 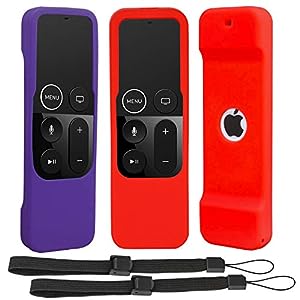