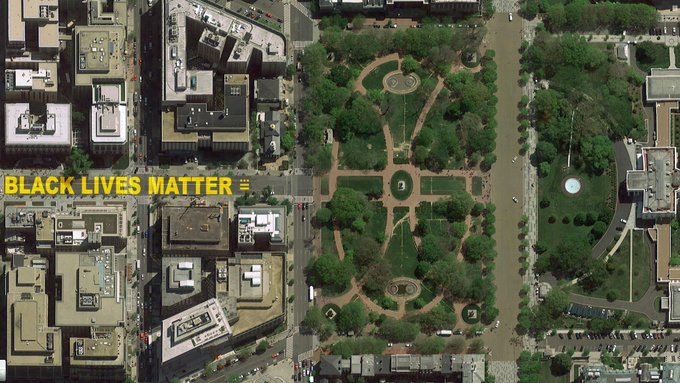 The “blame antifa” trope is not working out so well for the Trumpists wanting the left to declare People’s War in the streets of the US. Antifa aren’t anywhere to be found, just ask the FBI.

All they need to do is dig up Lin Biao and reanimate him. But in the interim, Fox News has decided that either a meteorological channel is subverting law and order, or like the Monkees or Menudo, Trumpist RWNJ have brought an SDS band back together from the 1960s.

So the ideological geniuses now are trying to pull out that 2008 trope of Bill Ayers the former member of the Weather Underground because hasn’t PBO recently been doing all that 1960’s stuff like attacking and dethroning God.

And WTF is “choice-systemic racism”.  Maybe something to do with fusion jazz — no that’s Weather Report because you don’t need one to know which way the wind blows in 1977.

I should clarify, the people making the “attack and dethrone God” claim are the Dominionists, not the Weather Underground.— D.G. Wright Ã°ÂŸÂÂˆÃ°ÂŸÂÂ±Ã°ÂŸÂÂˆ Black Lives Matter (@DGWrightAuthor) June 6, 2020

nothing would please me more than 2 see the #BlackPanthers & #WeatherUnderground resurrected. we're going to need groups like this going forward in the #BlackLivesMatter #Protests.

shout out to #FoxNews 4 getting folks curious about this history w/ their #DethroneGod bullshit.

I take a two hour nap and wake up to find out @foxandfriends thinks itÃ¢Â€Â™s 1972 and the Weather Underground Org is making battle plans.

Since “Weather Underground” is trending… here is the selection from my class about this political tendency and its relationship with Mao Zedong Thought during the 60s and 70s.

BREAKING: Leaked Weather Underground battle strategy is to align Modernism with Marxism to enable the World Government Conspiracy led by the Antichrist to destroy the world churches.

God will wither and die from lack of attention. pic.twitter.com/uW8OkxJhNj