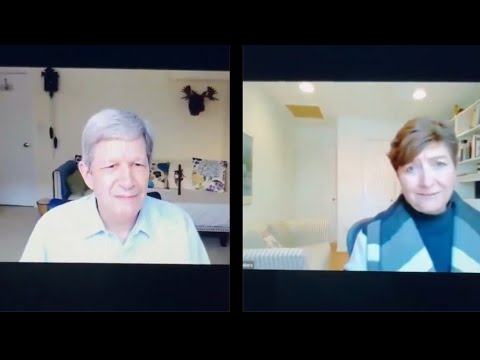 We haven’t gotten past the angst-ridden discourse of privilege and buoyancy even in law schools. Then again E. Jean Carroll really wants that DNA sample from Trump and only good lawyers are going to make that happen.

The Georgetown law school said Sandra A. Sellers, an adjunct professor, had been terminated, and David C. Batson, another adjunct, had been placed on administrative leave.

Treanor said he spoke with both professors while reviewing the incident for further context.

Batson has been placed on administrative leave pending an investigation by the school’s Office of Diversity, Equity and Affirmative Action. Batson will not be involved in courses while the investigation is being conducted.

“This is by no means the end of our work to address the many structural issues of racism reflected in this painful incident, including explicit and implicit bias, bystander responsibility, and the need for more comprehensive anti-bias training,” Treanor added.

One Georgetown University Law Center professor was dismissed and another was placed on administrative leave following a conversation they had about the performance of Black students on a recorded video call https://t.co/UlP8PnijoK

Two professors at the Georgetown University Law Center had a racist conversation about the allegedly poor performance of “Blacks” in their class, a negotiations seminar, which was recorded and uploaded for those same students to view. In the video, recorded in February and posted to Twitter on Wednesday evening, professor Sandra Sellers complained, “I hate to say this—I end up having this angst every semester that a lot of my lower ones are Blacks. Happens almost every semester. And it’s like, oh, come on. It’s some really good ones, but there are also usually some that are just plain at the bottom. It drives me crazy.” Professor David Batson, who co-taught the class, appeared to nod.

One third-year student agreed that there is a chasm between the administration’s words and actions. “The administration, especially Treanor, always want to seem progressive and caring, but they take every opportunity to sit on the fence and leave their students out,” she said, pointing to the prominent role on campus of the right-wing Federalist Society. “They let Fed Soc run amok trying to get attention by hosting insensitive events,” such as an event about “a multi-ethnic working class conservatism” hosted by three white men.

To be VERY clear: as a Adjunct Professor of Law at Georgetown University Law Center, I firmly stand with @GeorgetownBLSA. There is NO place for anti-Blackness anywhere, especially in environments where Black students are already underrepresented. We should ALL know this by now.

More than a dozen Georgetown University Law Center faculty and graduates will take on roles in key positions as part of the new Biden administration.https://t.co/jSdJ8qD5ZR

(33156)
$348.00 (as of May 21, 2022 02:13 GMT -04:00 - More infoProduct prices and availability are accurate as of the date/time indicated and are subject to change. Any price and availability information displayed on [relevant Amazon Site(s), as applicable] at the time of purchase will apply to the purchase of this product.)