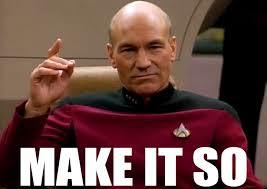 This pretty much says it all:

As the Senate vote takes place, let's remember the same amount of people live in Los Angeles as these 7 rural, mostly white, Republican states. They have 14 Senators while LA shares 2 with the rest of California.

Some Americans are more equal than others. pic.twitter.com/4dKcvkWJ9W

(He likely means Los Angeles County, but the point is still valid.)

This is how you can have a majority of Americans champing at the bit for Trump’s removal but can’t even get a majority of senators to agree to call witnesses.

I know this is our system, but how is this fair?

Let them complain all they want about West Coast elites, but this shows in very stark terms who’s getting the royal treatment. And, of course, this is why Trump is pr*sident in the first place: unequal representation for rural voters versus urban dwellers.

Only in a system as grossly unfair as this could a parboiled hog carcass who tells the truth less often than he Turtle Waxes his balls become president.

But that’s what we’re faced with, and there’s not much we can do about it. Except vote in overwhelming numbers and roust these loathsome, corrupt mandarins from their lofty perches.

(42773)
$0.00 (as of May 15, 2022 09:39 GMT -04:00 - More infoProduct prices and availability are accurate as of the date/time indicated and are subject to change. Any price and availability information displayed on [relevant Amazon Site(s), as applicable] at the time of purchase will apply to the purchase of this product.)