This headline from The Daily Beast summarizes the pure greed and idiocy behind Howard Schultz’s planned independent presidential bid:

Howard Schultz blames Alexandria Ocasio-Cortez for his decision to run as Independent and it has to do with her plan to tax the rich https://t.co/OyWnMKDZGn— The Daily Beast (@thedailybeast) January 29, 2019

First off, the optics of a billionaire opposing income tax increases on himself and his fellow ultra-wealthy people in an era where income inequality is absolutely rampant in this country is absolutely awful. There is no way that Schultz is going to be able to take back his admission that his political ambitions are about opposing tax increases on very wealthy people like himself. The policy proposal that Schultz is referencing, a proposed 70% marginal tax rate on the wealthy is widely popular in this country based on opinion polling, although few political figures are willing to support such a proposal out of fear of losing the support of wealthy campaign donors and business groups.

Secondly, Ocasio is not old enough to run for president next year! Ocasio is a natural-born U.S. citizen who, as far as I know, has lived in the U.S. her entire life, but she doesn’t turn 35 years of age until after the 2020 presidential election and before the 2024 presidential election, so the first presidential election that she’d be eligible to run in is the 2024 presidential election. Also, Schultz’s presidential bid, if he goes through with it as an independent or minor-party candidate and, as some have predicted might be possible, split the Democratic vote enough to allow Trump to win re-election next year, that would greatly increase the odds of Ocasio being able to win the presidency. If the Democratic ticket wins next year, that ticket would likely be re-nominated in 2024, and I seriously doubt that Ocasio would run against an incumbent Democratic president. However, if Trump gets re-elected next year (which I certainly hope doesn’t happen) the 2024 presidential race would be an open-seat race with no incumbent of any party affiliation running, and the frontrunner for the Democratic nomination would probably be Ocasio if she were to run, given that she is the intellectual godmother of the progressive movement in this country and, unusually for a first-term Congresswoman, has a deep base of support among progressives. That’s a big reason why the far-right has tried to, among other things, manufacture a political scandal out of Ocasio dancing.

Howard Schultz is the human personification of the greed of wealthy people in this country who fear that the economy might actually work for people who are not as well off as them. 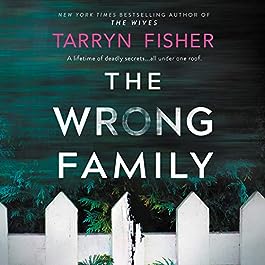