I stand in soladarity with the protestors.  I want to say that right off BUT the real protestors of non violence would show up at the Washington Mall  or other huge arenas and the troublemakers and outside agitators, not so much.   I know DC has been having protests but what is needed is the “ I have a Dream forum”  and the destruction of American cities needs to stop.   I know Dr. King marched in other cities but they were non violent.  When the violence starts, the protests need to retreat so they cannot be blamed .  The outside agitators will disperse but the protests need leadership just as Occupy did and fizzed out with no leadership.

I suggest and one can take it or leave it.  Everyone who wants change needs to show up in Washington DC where the legislators are and Occupy until something is done about Police Brutality and Racism.   John Lewis gave some darn good advice about protests.  People need to ask themselves, where is this destruction coming from?  Who is the king of Chaos?  Think about that.

The Me too movement was very huge and this is but it is destructive for any kind of change, real change.   We need someone to step up and organize and take all the anger to William Barr and McConnell and others.   The people in charge need to hear the change loud and clear.  We need Trump to hear loud and clear that he has a big problem.   This movement is not going to work because of the outside agitators.  The small businesses, and such are not the problem.  Arson and violence will only bring on more violence.

I know people are mad but I believe all of these outside agitators are given a platform to destroy the movement. 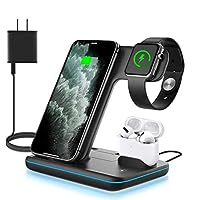