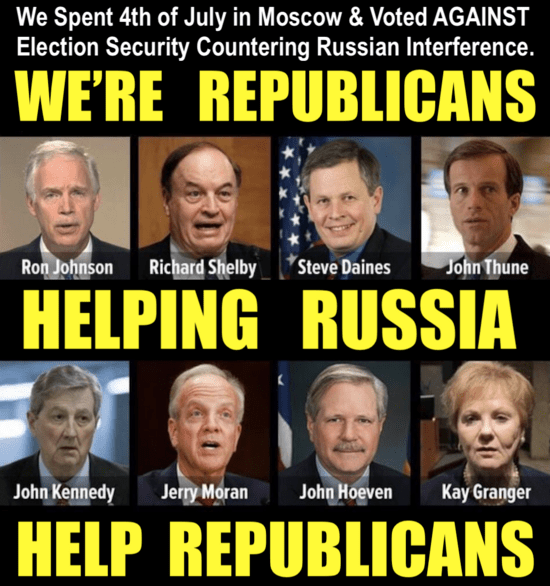 WaPo’s Greg Miller’s “main takeaway from ODNI report is that America’s enemies learned more from Russia-2016 about how to muck around in U.S. elections than the U.S. learned/did about how to stop it.” It didn’t stop Russia from trying to interfere again, although this time the Russians relied more on proxy narratives pushed by the usual suspects, some of whom still want that Trump endorsement for 2022.

The first story on Jan. 3 reported that Trump repeatedly urged Georgia Secretary of State Brad Raffensperger to alter the vote during an hour-long phone call. The Post published the full audio and transcript of that call. (This isn’t the one that got a correction.)

The Washington Post recently issued a high-profile correction to January reporting about one of two known calls in which Donald Trump urged Georgia officials to find evidence to overturn the state’s election results. Here’s a guide about what happened: https://t.co/DKkHNsR1w6 pic.twitter.com/3qH7r2gUhA

The correction, meanwhile, didn’t change the substance of the story: The call happened during an ongoing investigation that could impact the presidential election.

It’s also being used by Trump and others to make inaccurate and misleading statements online. Here are some of the headlines we’ve seen on social media:

Those headlines leave the wrong impression. The newspaper did not retract its story. The recording of the call shows Trump insisting he won the state and telling the official that if she found evidence revealing fraud she would be “praised.”

And the posts ignore an earlier story that showed Trump pressuring another official in the state to question the results in Georgia. That one had audio of the call from the start.

"Our Supreme Court and our courts didn't have the courage to overturn elections" — Trump pic.twitter.com/yYdxRP4Uqf

Impeachment 1.0 exposed the Hunter/Burisma conspiracy theory as utterly baseless Russian propaganda. So anyone peddling that debunked allegation in advance of the 2020 election was not “duped” but was instead a willing accomplice of Russian attempts to interfere in the election.

Kissing the ring: Inside the GOP courtship of Trump’s endorsement. https://t.co/bW4LKaaJom

Why it matters: The former president’s endorsements could clear the field in competitive Republican primaries. Depending on how vengeful he’s feeling, and how many challengers to same-party incumbents he backs, they also could jam the party establishment.

The big picture: Past presidents have typically paused before wading into domestic politics. Less than two months after leaving office, Trump has endorsed more than a dozen Republicans — a sign of his determination to sustain control of the GOP.

Behind the scenes: It’s not just aspiring candidates. Sitting GOP House members and senators are calling on him at Mar-a-Lago.

Between the lines: Since leaving office, Trump has endorsed some incumbents he knows well, including Sens. Jerry Moran of Kansas, Tim Scott of South Carolina and John Kennedy of Louisiana, as well as South Carolina Gov. Henry McMaster….