I was running down my usual checklist of reminders as to why I cannot vote for a Republican and the list grows daily. Bill Barr destroying the Department of Justice by subverting the rule of law, Mike Pompeo turning State Department employees into gophers and insisting on the firing of those tasked with oversight, and Trump’s last two Supreme Court Justice appointees acting as lap dogs; pawing for a bone of contention to deny the public’s right to see a corrupt president’s taxes and eventually becoming a part of the plot to bury the truth of the Mueller Report. I have said until I am blue in the face, or since I am black, at least a nice shade of plum, that November’s election is about America, not Donald Trump.

I have heard over and over again about how the next election is a referendum on Trump, not true, it is a referendum on the United States’ morality. For most of American history, the U.S. made an effort to correct or at least acknowledged its egregious errors; Genocide, Slavery, Internment, Vietnam, and now Donald Trump. Throughout all those times men were eventually forced by the public to reassess, reevaluate, and rebuild. We failed miserably with the Native Americans, destroyed the chances for generational wealth for African Americans and we are literally disrupting the genealogy of brown people crossing our borders by taking their children, in some cases forever.

With all that said, we came to denounce the Trail of Tears, lionized Lincoln for the many reasons he signed the Emancipation Proclamation, and in 1988 a Republican President [Reagan] did apologize for a Democratic President [FDR] to the Japanese.  After years of cover-up and lying to the American public, Nixon succumb to protest, political unrest and finally ended the Vietnam War. Yes, there have been equal opportunity discrimination practices between the parties, but since the 1960s Republicans have turned racism, xenophobia, misogyny, and gender discrimination into a religion, Ronald Reagan called it the moral majority and Trump calls it MAGA.

A portion of the fix for this is not hard, voting out Mr. Trump sends a signal of humility, redemption, and a return to respectability. One of the things Mr. Trump promised was that America would no longer be the laughing stock of the world, he was right we are not laughed at, it is far worse, we are pitied. Remember high school, when your hair was not quite right, you did not know the new slang, and you thought you could hide behind phoniness but could feel the scorn scorching the back of your neck as you walked the hallways.  In the world’s high school of class presidents, we have Jeff Spicoli of Ridgemont High, (I apologize for the reference Mr. Penn). Annoyingly obtuse, overindulgent, and basking in his own ignorance, but his friends believed he was cool.

Mr. Trump has become the symbol of what Republicans have worked years to perfect, an Ayn Rand view of the survival of the fittest. In the past few days, the President told us the old and aged are expendable and kids going back to school are virtually the canary in the coal mine. In 2009 former Florida congressional Rep. Alan Grayson was castigated for saying the Republican health plan is, “… don’t get sick. Later he added, “The Republicans have a back-up plan in case you do get sick … This is what the Republicans want you to do. If you get sick America, the Republican health care plan is this: Die quickly!” How silly of Congressman Grayson to minimize the GOP plan, he forgot to mention the disinfectant injection, ultra-violet light, and the hydroxychloroquine. 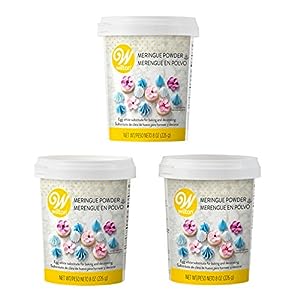