If you look up the slang term Okie Doke, the definition reads in part, “to buy something you aren't selling.”  In the longer than necessary marathon markup hearing for the articles of impeachment accusing President Donald Trump of abuse of power and obstruction of Congress, Chair of the committee, Jerrold Nadler, after 14 hours, called a recess at 11:16 pm Thursday night with the order to resume at 10 am Friday morning. Shouts of “Stalinesque” and “typical” rang out from the Republican backbenchers. What Mr. Nadler did was blow up the Republicans’ planned future talking point. Had the vote to advance the two articles taken place after more hours of Republican parliamentary chicanery, Congressmen Collins, Jordan and Gaetz would be talking about how the Democrats hid their vote from the public by voting in the early morning hours. Nadler was not buying what they tried to sell, he avoided the Okie Doke.

Remember, this same group promulgated the lie that Democrats bunkered themselves in a hidden area of the basement of the Capitol to secretly hatch a plot to overthrow Mr. Trump. In fact, the procedure was done according to the rules, just as have other investigatory processes by Congress, with ample opportunity for Republican members to participate. Republican members at that time put on a childish display of storming those hearings with recording equipment, they knew violated the rules, ordered pizza and essentially held their breath until they turned blue—excuse me red.

The setup started nearly four hours before a halt was called to the Republican plan. Republican Congressman Tom McClintock suggested that the repeated claims from both sides were useless and it may do all members well to restrain their temptation to continue.  ‘I have not heard a new point or an original thought from either side…,’ said McClintock.  “If no one has anything new to add, they [should] resist the temptation to uh, inflict what we have already heard over and over again,” he finished.  As magnanimous as his humbled voiced advice sounded, he later continued with his own diatribe.

Republicans have proved their deviousness, they created rules to deny former President Obama his constitutional right to nominate a Supreme Court Justice.  In the current impeachment hearings, the GOP now decry the rules they wrote themselves in the Bill Clinton impeachment. Devin Nunes, the minority ranking member sat alongside House Intelligence Chair Adam Schiff for a week and never revealed he had been in contact with indicted Rudy Giuliani confidante Lev Parnas.  Florida Rep. Matt Gaetz shamefully and embarrassingly, for himself, brought up the medical, mental and drug challenges of former Vice-President Joe Biden’s son Hunter.

Mr. Trump got the show he wanted from his cult-like minions of Meadows, Jordan, Gaetz, Gohmert, Ratcliffe, Nunes and Collins spanning two committees, consuming over five days, and 48 hours (and counting) of tv airtime. Hearing his name repeated for hours on end, I am sure pleased a self-absorbed man, as President Trump, to narcissistic distraction.  The simple facts are that the President of the United States tried to scare an ally with the threat of violence from a third party (Russia) if they did not help him remain President. His search for the renewal of a “Lock Her/him Up” chant has dragged the country, the Republican party and at least seven members of his team to the door, and jail of historical dishonor. 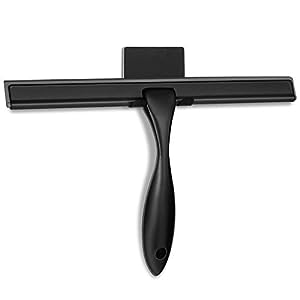