It’s similar to an ad put out by the Rule-of-Law Republicans, but this one is from American Bridge:

Greg Sargent writes about in the New York Times — A brutal new ad uses Trump’s own words against him — and that the ad will run in PA, MI and WI — the three states that put Trump over the top in 2016. The initial digital buy is “five figures,” but $850,000 is being budgeted.

Sargent starts out by making the same point a number of us have been saying: This is exactly the time to politicize the crisis:

It’s often argued that we must avoid “politicizing” crises like the current coronavirus catastrophe. But if anything can bury this cliche once and for all — “politicizing” a crisis really means debating our differences over what to do about one — this one should get the job done.

And he explains why:

What’s crucial here is that the words captured in this ad have reflected an actual mind-set that has had terrible real-world consequences — and continues to do so. Trump’s consistent downplaying of coronavirus and his relentless deceptions about his own administration’s catastrophic performance are a massive obstacle to mitigating it.

And this is continuing even today:

Trump’s ongoing efforts to minimize both the crisis and his own responsibility for it constitute an active and continuing danger to the country. Trump is still angering governors — and even passing the buck to the states — amid his ongoing refusal to admit the need for a more robust federal coordination effort.

The point of this ad, of other ads, of Democratic public complaints about the GOP and the administration, isn’t just to score points and to help in the November election. It’s to try to get Trump to do the right thing for once in his miserable life. Failing that (or even succeeding in that), the point is to keep shouting from the rooftops just how bad Trump has been in managing this crisis, and just how much worse he would be in the next crisis if he manages to get re-elected. 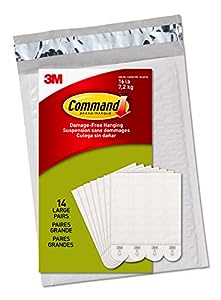