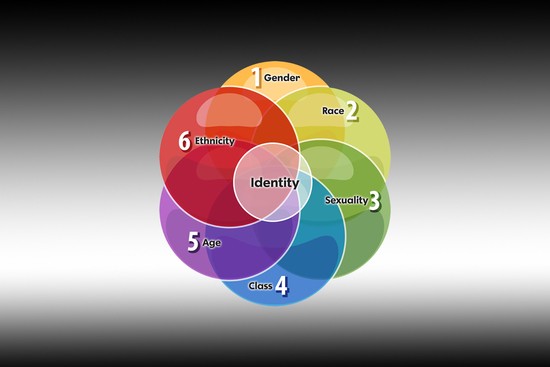 A short-sighted framing of Elizabeth Warren as the “first” intersectional presidential candidate speaks to some problematic fervor, particularly for a tenured feminist professor. Intersectional critique is, after all, “the development of integrated analysis and practice based upon the fact that the major systems of oppression are interlocking.”. Emphasis on the interlocking. Failing to acknowledge Shirley Chisholm’s presidential campaign, while not discrediting, needs to appreciate how the history is more variegated.

As much as I want Medicare for All and for the rich to pay higher taxes, that won’t cure sexism. Warren gets that.

The first handful of nominating contests may be over, and the field has winnowed and whitened, but Elizabeth Warren has not retreated from offering what I would call an intersectional presidential campaign.

On New Year’s Eve, Warren gave a speech commemorating the anniversary of her campaign for the presidency. Speaking to a packed crowd at the historic Old South Meeting House in Boston, calling for the importance of imagination in dark times, Warren invoked Phillis Wheatley, an enslaved black woman who, in the 1770s, in a world in which her very being was called into question, became the first black woman to publish a book of poetry in the United States. This rhetorical move was no glib campaign trick. It’s reflected in Warren’s other speeches and manifest in her plans on everything from climate change to disability rights. It’s not just that she persistently name-checks the marginalized, but that she speaks of and with them in all their complexity. In an earlier speech in New York, she remembered the workers who perished at the Triangle Shirtwaist Fire not only as victims of corruption and greed but also as poor immigrant women.

While intersectionality has deep roots in feminist theory, it also has a long history in feminist activism. This approach is evident in the 1977 statement of the Combahee River Collective, the iconic radical black feminist group active in Boston in the mid-1970s, which stated that “we are actively committed to struggling against racial, sexual, heterosexual, and class oppression, and see as our particular task the development of integrated analysis and practice based upon the fact that the major systems of oppression are interlocking. The synthesis of these oppressions creates the conditions of our lives.” More recently, intersectional approaches crop up in the platform of the Women’s Marches, which offered up understandings of power and inequality built on multiple strands and a coalitional politics that reflected the complex interactions of race, class, gender, sexuality, and ability in both individual lives and collective possibilities.

Given how intersectional analysis has gained real traction in the academy and in activist communities, it was only a matter of time before a presidential candidate emerged whose outlook reflected that ideology.

§ In her plan on “Valuing the Work of Women of Color” (yes, she actually has a plan for that—a claim no other candidate can make), Warren acknowledges how the interplay of sexual and gender identities (as well as ability) with racial identities can exacerbate the obstacles women of color face.

When she calls black trans women the “backbone of democracy” and focuses on her own education in the politics of intersectionality and apologizes quickly over the treatment of black women in her Nevada campaign office she actually “does” intersectional politics. When she writes on black maternal mortality and her plan to combat it in Essence and on the importance of HBCUs for the black millennial site Blavity, she moves out of her comfort zone and meets people where they are. When one of her many plans is to “value the work of women of color,” she signals that she is, as her campaign co-chair Ayanna Pressley puts it, “an even better student” than a professor.

When Sanders supporters tout his feminist credentials, they’re not wrong, and let me be clear: I would support him wholeheartedly and campaign my tuches off for him, as I have been doing for Warren. But they are just different feminist credentials. As advocates such as Fraser and Featherstone themselves claim, his policies “address sexism” by attacking “its deeper roots in capitalist society.” Endorsing Sanders in The Nation, Sara Matthiesen points to the “foundational logic” of capitalist society that produces inequality. But misogyny and male domination has deep and abiding roots in most societies, not just our capitalist one. As much as I want Medicare for All and for the rich to pay higher taxes, these changes won’t cure sexism. Ditto racism, as Warren aptly noted in a speech in 2015, pointing out that “economic justice has never been sufficient to ensure racial justice. Owning a home won’t stop someone from burning a cross in the front lawn. Admission to a school won’t prevent a beating on the sidewalk outside.”

Intersectionality is a theoretical framework for understanding how aspects of one's social and political identities (e.g., gender, race, class, sexuality, ability, etc.) might combine to create unique modes of discrimination. It aims to broaden the agenda of the first waves of feminism, which largely focused on the experiences of white, middle class women. The broad agenda means that intersectionality is used to find combinations of injustices that are felt by members of society. For example, a black woman might face discrimination from a company that is not distinctly due to her race (because the company does not discriminate against black men) nor her gender (because the company does not discriminate against white women), but by a unique combination of the two. Intersectional feminism aims to separate itself from white feminism by acknowledging the fact that all women have different experiences and identities.[1] It is a qualitative analytic framework that identifies how interlocking systems of power affect those who are most marginalized in society.