When the history of the 2020 election is written, it is the story broken by the New York Times, chronicling the scheme hatched by Vlad the Imp to pay a bounty for the lives of US soldiers in Afghanistan that may well have been the final nail in the Trump reelection coffin.

For generations now, veterans and active duty military personnel have been two of the richest veins for the GOP to mine. And they worked hard at it. For generations the GOP has portrayed itself as the patriotic party, ready to shovel boxcar loads of cash at the military, and with an almost religious reverence for the veterans who served this country. And now it’s all coming down around their greedy, lying little ears.

Donald Trump basically picked up a bullhorn, and bellowed, What a bunch of bullshit! From day one, Trump has done nothing but disrespect both the military as well as veterans. He removed a progressive VA Chief who was trying to drag the agency, kicking and screaming, into the 21st century. He disrespected the days of gold star widow of Sgt. LaDavid Johnson, sloughing off her pain with a cavalier He knew what he signed up for. Trump has repeatedly moved to politicize the armed forces, calling them his army, like some tinpot despot. And even worse, he took tens of millions of dollars of funds earmarked for improvement of bases, especially schools and daycare centers, to build his stupid vanity wall. And he let the Veterans Administration fall even farther into disrepair with a political hack appointee.

But it is the crisis currently embroiling the Trump administration over this scandal about Russia paying a bounty for dead American soldiers that is going to have a catastrophic effect on the election. Because it is current, it is visceral, and it is intolerable. The Trump administration has fallen back on it’s traditional strategy of bifurcated bullshit. Call the whole thing a media and Democratic hoax, and then deny that the case against Russia hasn’t  been proven. There is no way that Trump will risk waking up some morning and seeing that Wikileaks has decided to drop a cache of documents showing how the Trump organization has been nothing more than a massive ruble laundromat for decades, obfuscate he must.

But that obfuscation is about to tear Trump’s electoral map to shreds. Trump is already down double digits nationally, trailing in every battleground state, and states once thought safe are in play. Now, with that in mind, think about the number of major military installations in the United States, and the number of not only veterans, but families of active service members spread throughout the United States.

Trump’s actions have just placed the entire eastern seaboard of the United States in play. There are major military installations in Virginia, North Carolina, South Carolina, and Florida. And sailors, soldiers, and airmen know bullshit when they hear it. Trump already alienated the Navy by removing the commander of a nuclear powered aircraft carrier for pleading for assistance for his sailors stricken with the coronavirus. Trump has taken the military for granted from day one. Now, let’s just take a look at all of the military bases in Texas, and Arizona, states where Trump is struggling.

The men and women who make the conscious choice to wear the cloth of this nation are indeed the best there are among us. They made a personal choice to put their own preferences aside to serve a higher common good. They serve for us so that we don’t have to serve ourselves. And they all have families that are rightfully as proud as hell of them. But if they have a brain in their heads, they’re also scared shitless for them. 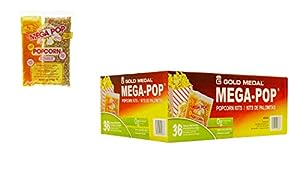