The worry will be that post Election Day chaos will be widespread, and that town clerks and voting registrars might get all Dirty Harry on claiming partisan moral superiority. At some moment Secretaries of State should be non partisan and national voting procedures standardized. Media attention will get skewed more than polling and its results.

Margin of mischief is high in PA. This is why AZ is so key on election night [or another sunbelt state w/ fuller counts] as it reduces mischief incentives. https://t.co/Wmn1SnpIt5 pic.twitter.com/YMhHqMgLKo— Arindrajit Dube (@arindube) October 29, 2020

We know a majority of Americans plan to vote by mail or in person before Election Day, and at least 75 million have already cast ballots. This is an enormous uptick in votes cast early from 2016, and as a result, there’s a real possibility that we won’t know who won the presidency on election night.

Take Pennsylvania, arguably the most important swing state this election as it’s currently the likeliest “tipping-point state” in our forecast, or the state that could determine the winner of the Electoral College. About 2 million mail-in ballots have already been returned so far, almost one-third of the total number of votes cast in the state four years ago. But because the state can’t begin processing mail ballots until 7 a.m. on Election Day, it could be awhile before we get full results in Pennsylvania. State officials have said that it could take until Friday to finish counting most ballots. And between Tuesday and Friday, there could be a pretty big shift in terms of which party is favored in the vote tally, given that Biden supporters are far more likely to vote early or absentee than Trump supporters, who are far more likely to vote on Election Day.

In other words, we need to brace ourselves for a “blue shift” in states like Pennsylvania. That is, states that primarily report Election Day results first could show Republicans with an initial lead on election night only to then shift toward Democrats as more mail ballots are counted. To be clear, this won’t be true everywhere. Some states, like Florida, are already counting early votes and will likely report a lot of its early in-person and mail votes ahead of many Election Day votes.

At another moment the ‘red mirage’ will spread beyond OANN, NewsMax, America’s Voices, and Fox News/Business. Trump the Chief Virtue-Signaller will be spinning more post-election vote suppression, if only to cover the tracks of his crimes. Post-election mischief could extend to mass, yet “random” power/telecom/utility outages aside from domestic terror that only benefits a red mirage.

“From a radical reorganization of the civil service to sketchy Chinese bank accounts, the president has faced little scrutiny on what should be major topics of concern for voters” writes @gcaw. In this sense, 2016 repeats itself https://t.co/yjljJ2WzgW— Anne Applebaum (@anneapplebaum) October 29, 2020

Just got an email from the Trump campaign that reads, “Joe Biden loves China.” Well, not as much as Donald Trump does! Trump has 5.4 million reasons to love China, which is how many dollars he's earned from a Trump Tower lease to a Chinese state bank #VOTE https://t.co/WLLH6QB5L4

Every damn night I go to bed seeing the reports of Portland demos.

Also obvs I am one small person here. H/T to *all* who work and have worked this protest ground. To all of you: *please* be sure & save every last bit of your footage. You own an important piece of American history. Know your/its value.— Beth Nakamura (@bethnakamura) October 29, 2020

And then there’s the worse case scenario with Congressional mischief.

It's nothing of the sort. It's a criticism of people who try to gain unearned kudos by expressing a fashionable political or moral opinion – or publicly denouncing anyone who expresses an unfashionable one.

If you mail your ballot now, it may not arrive in time. Here are some reliable alternatives:

– Drop off your ballot in person.
– Use an official drop box location.
– Vote early in person. (Check your state’s deadline)
– Vote on Election Day.

When we vote, he will lose. 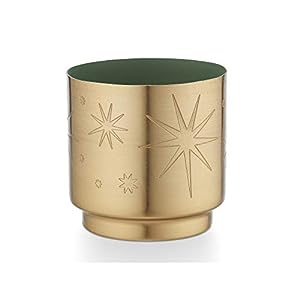