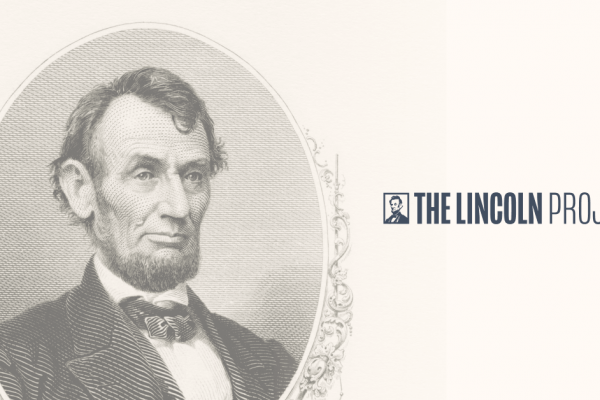 A cadre of neocon and conservative critics of Trump have decided to organize an effort to remove Trump in 2020.

"This president’s actions are possible only with the craven acquiescence of congressional Republicans." – @gtconway3d, @SteveSchmidtSES, @jwgop & @TheRickWilson announcing the Lincoln Project.https://t.co/rlm1w3F6o6

"Over these next 11 months, our efforts will be dedicated to defeating President Trump and Trumpism at the ballot box and to elect those patriots who will hold the line … even if that means Democratic control of the Senate and an expanded Democratic majority in the House."

A small group of President Trump's fiercest conservative critics is launching a super PAC designed to fight Trump's reelection and punish congressional Republicans deemed his “enablers." The organization is known as the Lincoln Project. https://t.co/aIcj67IFU0

Some of the most prominent NeverTrump Republicans — Steve Schmidt, George Conway, Rick Wilson and John Weaver — have formed what they dub the “Lincoln Project” to defeat President Trump and Trumpism. In a New York Times op-ed, they explain:

Patriotism and the survival of our nation in the face of the crimes, corruption and corrosive nature of Donald Trump are a higher calling than mere politics. As Americans, we must stem the damage he and his followers are doing to the rule of law, the Constitution and the American character. . . . Over these next 11 months, our efforts will be dedicated to defeating President Trump and Trumpism at the ballot box and to elect those patriots who will hold the line.
That means working to defeat Trump and electing “congressional majorities that don’t enable or abet Mr. Trump’s violations of the Constitution, even if that means Democratic control of the Senate and an expanded Democratic majority in the House.”
Given Republicans’ slavish loyalty to Trump throughout the impeachment process, they are justified in concluding that the party is now as much of a problem as its leader. “Congressional Republicans have embraced and copied Mr. Trump’s cruelty and defended and even adopted his corruption,” they write. “Mr. Trump and his enablers have abandoned conservatism and longstanding Republican principles and replaced it with Trumpism, an empty faith led by a bogus prophet.”