I had an argument a few weeks ago over Nazis. Not the ones that marched for Trump in Portland: I’m talking the original version from the 1930s. The argument—which I couldn’t believe I was having, but I guess is a thing now in certain circles—was whether all Nazis back then were evil.

I paid attention in history class so this was a pretty quick argument. As I told the guy, they weren’t all paramilitary like the ones that come to mind when we think of the word “Nazi”, which was usually the SA (brown shirts) or SS (black shirts). There were other members of the National Socialist German Workers Party, such as the bureaucrats and public officials.

Not all were fanatics. Not all virulently hated the Jewish people. Several even admitted Hitler was insane. However, they continued to support him and the regime for a variety of reasons: they hated communism more; they felt resentment over the abuse of the Versailles treaty; they were swept up in the nationalistic fervor, or they had fear of losing their status if they, in any way, resisted.

Sure, there were plenty of so-called “nice” ones who privately hated aspects of the regime and never personally hurt anyone. Yet my point to him was this: every single one of them was complicit. And no, there is no such thing as a “good Nazi”.

By the way, these were exactly the same type of people the mainstream media today would tell us we need to understand their “economic anxiety” and listen to their totally respectable “white fears”. They would say we shouldn’t demonize them or the politicians they choose to elect.

Now let’s turn our attention to the modern day GOP under Donald Trump.

In a simpler time, over two decades ago, the GOP was just an ideology. There were always roots of white supremacism, but the focus was on things like trickle-down, capital gains, and the estate tax. Everything served their misguided, Ayn Randian belief that the government should only help the wealthy instead of those who need help. It was always more stupid than it was hateful.

Trump has literally changed everything. Now, trade wars, trillion dollar deficits, and executive directives to regulate businesses that he doesn’t like have turned everything the GOP professed to care about on their head. The GOP today has been completely remade in Trump’s image. Crazy ideas about how the economy works has been usurped by a madman who is on a personal campaign of terror against minority and migrant communities.

Yet they are “nice people”. The House Republicans, Joe Biden tells us, ran for public office because “they care about things”.

“There’s an awful lot of really good Republicans out there”.

”But they are intimidated right now”.

Pardon my language, but F*** that.

Let’s call them what they are: complicit.

There are plenty of horrid atrocities taking place thanks to Trump’s neo-GOP.

George Takei recently spoke on the topic of concentration camps. He was put in one 70 years ago for no other reason than having Japanese heritage. As awful as that sounds, he spoke the truth when he said what is going on now at our Southern border today is much, much worse. On their worst day, the Japanese children were never torn from their parents as a deterrent. Right now, Trump is normalizing the warehousing of children—and using government-sanctioned torture as a method.  Just last month, Trump announced that he is cutting everything for the children. EVERYTHING. He is canceling education, recreation, and legal services.

Locking up children and then denying them legal aid, education, and even playtime is all part of this administration's cruel efforts to dehumanize people who have come to the U.S. seeking safety.

Don’t like that? Cruel? Inhumane? Too bad, says Trump. They shouldn’t have come.

Meanwhile, catatonic children wallow in cages in filthy conditions. There are outbreaks of scabies and chickenpox. Kids go to sleep hungry and without beds. Private detention facilities, however, are cashing in.

There is no excuse for this considering what it is costing us:

This is outrageous. Department of Health and Human Services said it is costing $775 per child per day–which is more than a suite at Trump's hotel. Where is the money going since the children aren't even being given toothbrushes and soap?? https://t.co/SwvafxKqhO pic.twitter.com/FTXaBzRk4y

Thousands are being sexually abused.  Migrant children are dying at the border, and two dozen migrants have died in ICE custody since Trump took office.

Trump has expedited large raids on houses and businesses against brown-skinned immigrants with no criminal record, and without any coordination whatsoever with child services. Kids came home from their first day of school to empty houses, or toddlers were left in daycare. The raids on the GOP supporting Koch Food plants occurred right after the owners lost a lawsuit over extremely abusive working conditions, coincidentally.

Trump demonizes entire races of people as rapists, criminals, and snakes. Trump ran over 2000 ads calling immigrants “invaders”, which has been amplified on rightwing hate radio. These communities of Muslims, Mexicans, and migrants are being vilified, attacked, and even killed.

Many of these “nice” conservative people are in positions to actually do something about all of this. Yet for whatever selfish reason, they choose not to. They do absolutely nothing. They will only barely condemn the atrocities, the white supremacy, or even the murders that occur in Trump’s name.

And then they will vote for him. They will hold fundraisers. They will praise him. They will support him.  We are told this is normal.  Meanwhile, the GOP has become so racist that their language and platform has become indistinguishable from neo-Nazis.

Twitter reportedly wonÃ¢Â€Â™t purge white supremacists from social media site because of content overlap with Republicans Ã¢Â€ÂœBan Nazis” may not be so simple for Twitter due to shared language between white supremacists and right-wing politicians.https://t.co/0IGBN1lh5c

Republicans tell us we don’t have the right to compare them to Nazis.  Yet Nazis don’t promote our candidates.  They don’t march in the street for our causes. They don’t show up at our rallies to support us. Their admirers won’t ever be given posts as senior advisors to make policy in the White House.

Everyone, including Joe, needs to recognize this new reality: the GOP is now the party of Trump. It serves to promote his brand of hate and bigotry.

In an unprecedented move, the Republican National Committee has merged with the Trump 2020 campaign, so RNC staffers now report to Trump’s people. If you are GOP, you are Trump’s apparatus.  There was never a such thing as a Nazi who didn’t support Hitler, and there is no such thing as a Republican who doesn’t support Trump.  If you vote for the GOP and give money to GOP candidates, you are supporting Trump and his policies.  You are complicit in his crimes. You are complicit on his treason, his corruption, his bigotry, and his terrorizing of minority communities.

Sorry, but that’s reality. This is who you are if you are still Republican.

Although I’m sure you’re still a nice person. 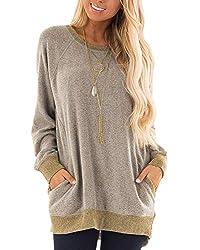