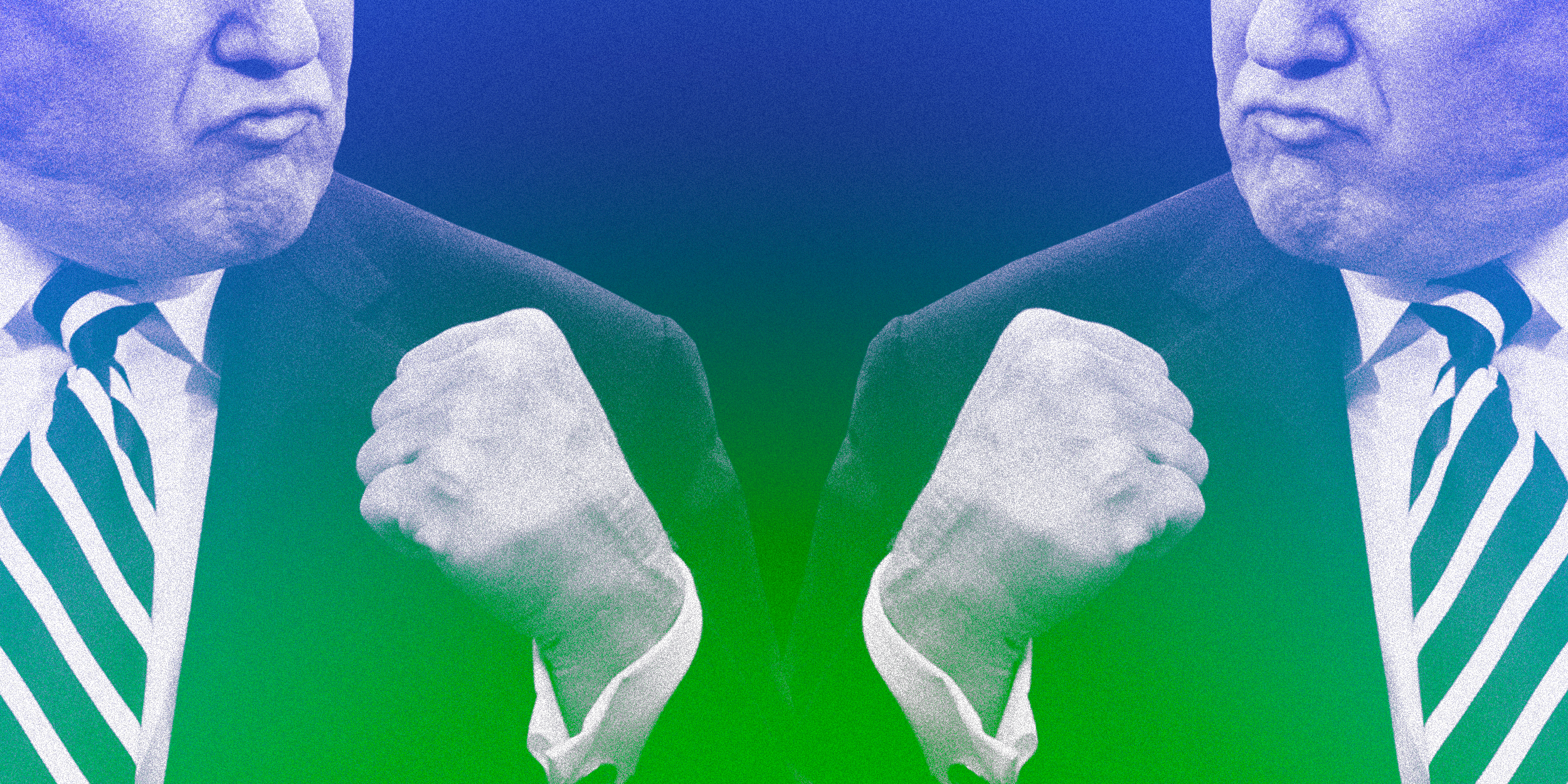 People who recognized their based(sic) bigotry and hatred chose their orange ‘leader’ because ‘owning libs’ fit a general dickishness that conferred a gang-like belonging. Probably more striking are those women willing to identify with toxic masculinity and buy into the grift even after the 1/6 insurrection failed. The 21st Century’s Lost Cause market for Jim and Jill Crow is still being conned by previous guy.

Trump’s ascent in 2015 was largely powered by his willingness to say the sorts of things they were saying on Fox News and that traditional Republicans thought were too toxic to embrace. That, I would argue, is at the center of what Trumpism is about.

Analysis | A key question moving forward: Is Trump’s grip on the GOP stronger than his base’s? https://t.co/yQ7htQJtx5

The argument made by a super PAC associated with former national security adviser John Bolton centered on the extent to which Republican voters were still likely to follow Trump’s political lead. The desired outcome here is obvious: Bolton, who became a vocal Trump critic, wants to suggest to Republicans that the political cost of bucking Trump has faded. Ergo, the poll.

It centered on three points: that Trump’s favorability has fallen, that his endorsement isn’t critical and that many Republicans don’t plan to support him in a possible 2024 bid. Each of those arguments, though, isn’t very strong. The favorability drop compares two polls and shows a small (and probably not significant) shift from “very favorable” views to “somewhat favorable.” The endorsement point leverages a format — would you be more or less likely to vote for a candidate endorsed by Trump, etc. — that is notoriously iffy.

This is all a theoretically interesting debate and one that is, in fact, likely to hold some sway with Republican elected officials. But a fight centered on the political prospects and power of Trump on an individual basis is a fight that sits somewhat to the side of the actual struggle within the party at the moment. The question is often less about what Trump does than the extent to which Republicans are viewed as loyal to Trumpism as a (nebulous) concept. The yardstick against which Republican officials are often measured isn’t “Does Trump approve?” but “Does Trump’s base approve?” — a different and trickier calculus.

Most people thought that President Donald Trump’s tweets were bonkers — but for a large portion of the GOP, they have now become the standard by which his successors will be judged. Republicans have gone down the rabbit hole where sanity and sobriety are inexplicable and indeed suspicious.

This is a sign of how the Republican Party is adjusting to post-Trump life. It has embraced Trumpism without Trump. This is not really a set of policy preferences; the GOP in 2020 passed on a platform beyond allegiance to the Orange Emperor’s whims. It is more of a mindless, obnoxious attitude — it’s all about “owning the libs,” spreading conspiracy theories, and waging culture wars as a way to rile up the rabid base and keep the cash register ringing.

Top of WaPo A1: This necessary thing the GOP is blocking to appease conspiracist reality-deniers is "receding".

When I talk about how the elite media normalizes Trumpism, this is what I mean. https://t.co/QZ6UvPwA6a pic.twitter.com/HvoYoFP5eC

Dispatches From Q-Land #2: Q is outed, but Q-Anon doesn’t care. Plus: QAnon on Derek Chauvin, the Suez Canal, Matt Gaetz, and so much more. #conspiracytheories #IntoTheStorm https://t.co/r8muhMZqrr

Trumpism is the GOP.
It is a threat to the Republic.
Trump owns the party.
None of this is confusing. https://t.co/TZZfIT20Ou

The Founders never intended for women to vote but here we are. https://t.co/TG5TxZYDod

Team Trump has launched the "America First Policy Institute," with Paula White leading its "Center for American Values," according to the latest from our @RightWingWatch.https://t.co/WzXGml5NXT

Omaha radio host Chris Baker, the host of a conservative program on KFAB Radio, sparked controversy after he posted a tweet about Derek Chauvin’s guilty verdict with a gif of four Black loincloth-wearing tribesmen dancing in celebration.

Baker later deleted the tweet amid backlash, but screenshots continued to circulate on social media, including one taken by state Senator John McCollister, who represents an Omaha district.