The Hidden Genius In The Democrats Unemployment “Bridge” Payments

The problem with any natural disaster, whether it be wildfire, tornado, hurricane, or global pandemic, is that the immediacy of dealing with the disaster obviously commands all attention. And the longer the disaster persists, the longer attention is focused solely on the disaster. And things that would have been obvious at the time, if only we had a moment to consider, go by under the radar.

As most of you know, my wife Teri was furloughed on St. Patrick's Day. As such, we were able to benefit from the Democrat-forged unemployment bridge payment of $600 a week to cover the difference between her unemployment check and her full check. This really came in handy when meat prices started to go up due to the disruption in the supply chain. With Teri scheduled to return to work Monday part time, we were discussing how she will still continue to receive unemployment to bridge the shortfall, and how we may still qualify for any extension of the bridge payments.

That being said, there has always been something that bothered me about that $600 a week payment. As explained, it was meant to help families and workers cover the shortfall between what they would receive from unemployment, and what their full paycheck was before being laid off. And if that was the purpose, then the program was far oversubscribed for what it set out to do. Now my wife works in retail, so she's not making Brad Pitt wages, and still, that $600 a week was multiples above what was needed to make her whole. I know that the whole object was to render as much aid to as many people as possible, but I would guess that in a majority of cases, people were actually profiting from the program.

The question that has bothered me every time I see that $600 in Teri's account is Why $600 a week? The number can't possibly be arbitrary, there has to be some kind of sensible reason behind it. It seems almost like the Democrats jammed it to the GOP because they had them over a barrel, which is fine by me, but that still doesn't make sense. There has to be a reason why they settled specifically on $600 a week.

And last night, while just idly discussing the topic with Teri, it whupped me upside the head. Let's start with a little simple math. It has to be simple if I'm going to do it. Start with $600 a week. Now, divide that $600 by a 40 hour work week. What do you end up with? $15.00 an hour!

Now that makes perfect, crystal clear sense. The Democrats have been pushing for a national $15 an hour minimum wage for at least the last three years. But there's a problem with that, it's purely conceptual. The Democrats talk about how great it would be, and everybody agrees that it would be great, but talk is cheap, and nobody had any way to know what it would feel like to make $15 an hour.

This is nothing short of political genius. The only question I have left is exactly who will step out in front of the microphone, and pull the cord that yanks the drop cloth off of the masterpiece? Will it be Joe Biden, in his acceptance speech? Will it be Speaker Pelosi, taking a well earned victory lap? Who will be the one that says;

My fellow Americans. For more than three years now, the Democrats have been pushing as hard as we can for a federal minimum wage of $15 an hour. The Republicans have blocked us at every turn, and all you could do was to wonder what it would feel like to make that much money every week. Well, you don't have to wonder anymore. All of those of you who were unfortunate enough to be laid off during the coronavirus lockdown now know what it feels like. Because that $600 a week check you received is what a 40 hour week looks like at $15 an hour. And we can make that a reality for every American, but only if you elect Democrats to the House, the Senate, and the White House. The choice will be yours this November.

At this point, the GOP is boned. Sideways. It really doesn't matter in a purely political sense if they agree to extend the $600 a week into the future. When the time is right, the Democrats are going to publicly draw the comparison between a $15 an hour wage, and the $600 a week the unemployed received for the last 4 months. And the GOP's opposition to the $15 an hour wage that nobody would believe them if they changed their tune now. If this is what I think it is, and I cannot conceive that it isn't, simply because the math is so pure and obvious, then this is one of the finest acts of political genius I've ever seen. Talk about making lemonade out of lemons! 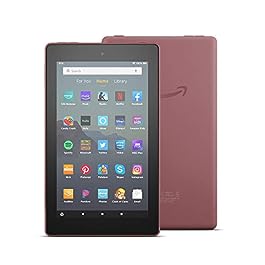