Bad bad news for you and me. Be kind to each other.

Satellite imagery from the European Space Agencies Copernicus has revealed that the front of Nioghalvfjerdsfjorden glacier in NE Greenland has disintegrated. Greenland has experienced a rapid temperature rise in the atmosphere by 5.5 Fahrenheit since 1980.

Mind-blowing melting has occurred in 2019 and 2020 as a result. The ice disintegration is an example of how a combination of an influx of warm water eating away at the underbelly while meltwater lakes on the surface splinter and shatter the ice.

A lot of melt ponds have been drained during the last 12 days.
Some of them were 50 km².
The warm wave isn't over yet.

The BBC has the story.

Nioghalvfjerdsfjorden is roughly 80km long by 20km wide and is the floating front end of the Northeast Greenland Ice Stream – where it flows off the land into the ocean to become buoyant.

At its leading edge, the 79N glacier splits in two, with a minor offshoot turning directly north. It’s this offshoot, or tributary, called Spalte Glacier, that has now disintegrated.

The ice feature was already heavily fractured in 2019; this summer’s warmth has been its final undoing. Spalte Glacier has become a flotilla of icebergs.

The Northeast Greenland Ice Stream drains about 15% of the interior ice sheet. The stream funnels its ice either down N79 or the glacial member just to the south, Zachariae Isstrom. Zachariae has already lost most of its floating ice shelf area.

Prof Box said N79 could resist longer because it was penned in right at its forward end by some islands. This lends a degree of stability. But, he added, the shelf continues to thin, albeit mostly further back along the trunk.

“This will likely lead to N79 disintegrating from the middle, which is kind of unique. I guess, though, that won’t happen for another 10 or 20 years. Who knows?” he told BBC News.

The unfolding disasters on the United States west coast and the Atlantic’s record-breaking hurricane season is just a scratch on the climate crisis emergency. Vote like your life depends on it, we dare not dither any longer. 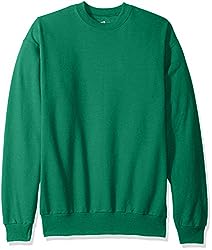