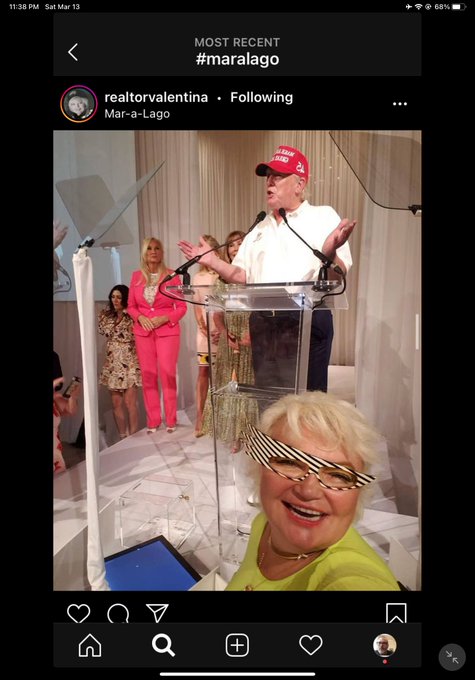 Without the strange speculation about how Trump is in decline, it is reasonable to think that Trump is consistently inconsistent in not being able to assemble a successful policy or even a political apparatus to execute policy. For example his insistence on claiming credit for COVID vaccine development also comes with credit for hundreds of thousands of needless deaths. The rest is simply more of the grifting based on his short-attention span and demands for revenge. We’re just waiting for more shoes to drop or more cans of diet Coke to hit the floor, because they don’t drink like Slusho.

He backed away from creating a third party and has soured on the costly prospect of launching his own TV empire or social media startup.His vow to target disloyal Republicans with personally-recruited primary challengers has taken a backseat to conventional endorsements of senators who refused to indulge his quest to overturn the 2020 election.And though he was supposed to build a massive political apparatus to keep his MAGA movement afloat, it’s unclear to Republicans what his PAC is actually doing, beyond entangling itself in disputes with Republican icons and the party’s fundraising arms.

Ex-president Donald Trump finds himself adrift while in political exile. And Republicans, and even some allies, say he is disorganized, torn between playing the role of antagonist and party leader.[…]

The version of Trump that has emerged in the month and a half since he left office is far from the political godzilla many expected him to be. He was supposed to unleash hell on a party apparatus that recoiled when his supporters stormed the U.S. Capitol on Jan. 6 and declined to fiercely defend him during his second impeachment. Instead, Trump has maintained close ties to GOP officials who have committed to supporting incumbents, stayed almost entirely out of the spotlight, delivered fairly anodyne remarks the one time he emerged, and offered only sparse criticism of his successor, Joe Biden.

Trump was supposed to be a political Godzilla in exile. Instead, he's adrift.

Even his allies say Trump is lacking an apparatus and direction as he sorts out just what he wants to do in his post-presidency. https://t.co/UWw4MT8y0w

'Is he ill?': Trump's health questioned after Mar-a-Lago photo with Lara Trump https://t.co/pttXTw5Bap

After the credits, a voice can be heard saying, “Help us…” However, when played in reverse, it says, “It’s still alive.”

Trump will have sequels, even if they’re obliquely related, but trying to elect Lara Trump as a Senator in North Carolina is a long-shot. More Trumps will make our stomachs explode with happiness even as we can’t drink just six Slushos.

Though highly irregular, Overlord turning out to be Cloverfield 4 is par for the course at this point. Nobody initially knew that the first continuation, 10 Cloverfield Lane, was connected to the previous film (until the title was revealed), and God Particle (aka Cloverfield Station) has gone through the same process along the way. But the secrecy that these movies thrive upon only seems to intrigue audiences all the more. In such a universe, Steven Spielberg’s West Side Story remake could actually be Cloverfield 5 — anything is possible!

The biggest shake-up with this new film could be the subject matter. Though each one of these movies is different from the last, and only loosely connected, a trip back to World War II would be the biggest leap yet. How Nazi experimentation in the 1940s ties into a 2008 found-footage monster movie will be an interesting thing to see.

He had the exact same thing every time. He had a shrimp cocktail (probably the type that is free in Vegas as long as one is playing at the $25/bet blackjack table), a well-done steak, and french fries. Moreover, he needed it prepared specially for him. Check out this man’s “luxury lifestyle class.” From The Guardian:

“The server was to hold a longneck-bottle opener by the lower third of the handle in one hand and the Diet Coke, also by the lower third, in the other. Once poured, the drink had to be placed at the President’s right-hand side. ‘Repeat until POTUS departs.’”

Trump always ate the same meal: shrimp cocktail, well-done steak and fries, sometimes with apple pie or chocolate cake for dessert, according to the Washingtonian. “The manual instructed the server to open mini glass bottles of Heinz ketchup in front of Trump, taking care to ensure he could hear the seal make the ‘pop’ sound.”

A tray of crisps, chocolates, granola bars, Tic Tacs, gummy bears, Oreos, chocolate-covered raisins and other snacks had to be on hand. The magazine added that Trump once demanded to know why his dining companion received a bigger steak than he did, while first lady Melania Trump once sent back a Dover sole because it was dressed with parsley and chives.

Trump Ate the EXACT Same Meal at His Trump Hotel DC: And Required a Ritual for the Opening of His Diet Cokes https://t.co/dRXjAiHp8u

CREW is suing DHS and the Interior Department following their failure to turn over documents on Trump and Barr’s deployment of the Secret Service and Park Police on peaceful protesters for racial justice. https://t.co/n5nK4LB9nd

DEEP DIVE: As judges, prosecutors & defense lawyers grapple with a massive surge of criminal cases related to #CapitolRiot, some defendants have gotten lost in the system for weeks. 1 judge profusely apologized: 'It's just not acceptable.' w/@kyledcheney https://t.co/HI1cacjEVT

DOJ says alleged Capitol rioter Timothy Hale-Cusanelli was a well-known Nazi sympathizer at the Navy base where he worked. A Navy probe found 34 people who said he had extremist views about Jews, minorities and women. He even wore a Hitler mustache to work https://t.co/Vr6P8g0nyB