There have been diaries and comments posted here in the past few weeks about IMPOTUS using emergency powers to postpone or even cancel the November election. He does not have that power. Here is an article from this morning’s NYT: Could the 2020 Election Be Postponed? Only With Great Difficulty. Here’s Why.

Actually, that headline is misleading. The body of the story explains that national elections cannot be postponed, at least not by a president acting on his own:

The date of the general election is set by federal law and has been fixed since 1845. It would take a change in federal law to move that date. That would mean legislation enacted by Congress, signed by the president and subject to challenge in the courts.
To call that unlikely would be an understatement.

And even if all of that happened, there would not be much flexibility in choosing an alternate election date: The Constitution mandates that the new Congress must be sworn in on Jan. 3, and that the new president’s term must begin on Jan. 20. Those dates cannot be changed just by the passage of normal legislation.

So, first, the House would have to go along with any change to the election date. The Speaker . . . well, do I need to say more?

Second, regardless of the election date, the Constitution mandates that a new Congress is sworn in on January 3rd, and the new president is sworn in on January 20th (21st if the 20th is a Sunday). If Trump cancels the November election, he is out of a job come January 20, 2021. I’m sure the Secret Service or the US Marshalls would be only too happy to dump his fat bottom on Pennsylvania Avenue. (The question of who would then act as president is a trickier one; possibly the Speaker of the House.)

Yes, Trump has shown a callous disregard for the Constitution, and his cowardly GOP Senate has often gone along. The Supreme Court hasn’t faced major Constitutional challenges from Trump yet, so it’s hard to say. But there is no way they can reason their way out of those dates in any way that the American people will accept. (And if that does happen, we’ve lost anyway, so California might well become a separate country.)

Now, Louisiana has postponed its primary because of the virus, but its state constitution specifically gives him that power, plus states often move primaries (and caucuses) around to suit changing party interests. Also remember that the presidential election is really 50 state elections; Congress sets the date, but the states run the show. Trump has no power to order the states to close down the elections — though Congress can encourage and possibly mandate vote-by-mail (assuming Moscow Mitch will let it). I can’t even see the red states agreeing to shut their November elections down; there are many many other contests besides president, and if a Senator up for election in 2020 doesn’t have an election to run in, come January 3rd they will be out of office. So even Trump’s GOP won’t go along with that.

In the immortal words of Ford Perfect, Don’t Panic. 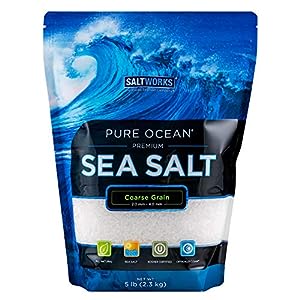