More Charlie than Kevin, McCarthy now tries to polish a turd about the insurrection, tiptoeing a fine line between Trumpists and “post-trumpist” GOP constituencies. McCarthy is just not good with shiny objects to distract the media, as he defaults to the GOP’s more covert racial messaging.

“The President bears responsibility for Wednesday's attack on Congress by mob rioters.” https://t.co/c5PAcERhhl

Notice how no one's saying travel ban reversal risks US security and we need time to figure out what's going on (or claiming we figured it out).
That's because it was never about security. It was always about reducing the number of Muslims coming to the UShttps://t.co/SNcLz6xAnQ

Within hours after assuming office, the new administration was more interested in helping illegal immigrants than in helping our own citizens. https://t.co/rKZwhDcuSt

no surprise, but Karl Rove and Fox News simply fail to admit the ugly ground truth: not just Trump—but from Ted Cruz, Kevin McCarthy and Josh Hawley on down—the GOP incited a whole bunch of white supremacists to attempt an insurrection against Congress. Who are they kidding here? https://t.co/yuPLURFLVS

In his inaugural speech, Biden took aim at extremists and racists. That's being reframed as being an attack on Republicans broadly. https://t.co/eChp8YJSIl

Most Americans reject the mob’s actions in storming the Capitol, though, as a Washington Post-ABC News poll found, 15 percent of Republicans at least somewhat support the storming of the Capitol itself. A HuffPost-YouGov poll taken shortly after the attack found that most Republicans viewed the mob’s actions as being mostly right or simply having gone too far in pursuit of a valid point.

This is Carlson’s shtick: They, the elites, are attacking you as racist when you’re just an average American with real concerns. It’s how he has built and sustained his audience and expanded his power in conservative media.

The part of Biden’s speech most directly targeting Carlson wasn’t the part about the white nationalists. It was the part about lies being told for power and profit. Carlson appears not to have heeded the message.

In the days leading up to Trump’s departure from office, his online followers watched with horror as his pardons that were supposed to go to allies and supporters instead went to people who were inherently swampy https://t.co/ONDGvPAM6G

Imagine filming yourself doing crimes at the Capitol, hoping for a pardon from Trump, and watching the minutes tick down yesterday as he ignored you and flew to Florida.

DISINFORMATION PERSISTS — “‘They Have Not Legitimately Won’: Pro-Trump Media Keeps the Disinformation Flowing,” NYT: “Forgoing any appeals for healing or reflection, right-wing media organizations that spread former President Donald J. Trump’s distortions about the 2020 election continued on Wednesday to push conspiracy theories about large-scale fraud, with some predicting more political conflict in the months ahead.”

Conventional wisdom is that presidents have a small window to make a mark with a big legislative achievement. But beyond addressing the pandemic Dems seem to be all over the place on what a legislative game plan looks like, our @playbookplus authors say. https://t.co/hGc16eF846

Yeah, everything that ever will be has already been on “The Simpsons”. But this is a bit on the nose. pic.twitter.com/SOHKyIzHjn

President Biden has removed the Diet Coke button. When @ShippersUnbound and I interviewed Donald Trump in 2019, we became fascinated by what the little red button did. Eventually Trump pressed it, and a butler swiftly brought in a Diet Coke on a silver platter. It's gone now. pic.twitter.com/rFzhPaHYjk 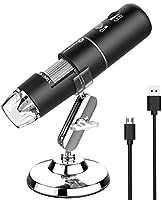