In the wake of the November elections we’ve heard a lot of talk about the Republican Party’s shortcomings. They were cast out of Washington due, in large part, to disconnected leadership wracked with scandal and rife with misguided policies. They floundered in the 2008 elections as their assortment of candidates each catered to a different portion of the base. And they will continue to fail in the upcoming years unless they pull themselves together, retool their message, and most importantly, begin nurturing their next crop of promising leaders. But as the Republicans begin their search for self in the wilderness of political defeat, the Democrats face an even greater challenge. Because as they too begin showing all the symptoms of a failing political party, they now differ from the Republicans in one crucial way — they have a majority.

In any other context this Democratic Party should have lost the last election, and lost handily. They suffer from a disjointed base, a poorly defined message, an unhealthy predisposition to scandal, and a tendency to ignore their most promising young leaders. Their myriad of constituent factions have clashed time and time again, as Nancy Pelosi and Harry Reid stand by dumbfounded. Furthermore, this Democratic Congress consistently ran a lower approval rating than our oh-so-popular president, and constantly struggled to put together a meaningful piece of legislation. They didn’t look like a winning party, didn’t act like a winning party, and yet, they somehow managed to just pull off the most decisive political victory in recent history. It was truly and election for the ages. But what matters now is not how the Democrats won, but what they do with power now that they have it. With all eyes looking to the left, will the Democrats be able to come together, put forth meaningful policy, and create and image for themselves that shows they are more than merely “the other option”?

This is the Democrat’s Test, and it wont be easy. But if they are going to last in Washington for longer than four years they’ll have to do more than talk about change — they might actually have to implement some. Putting aside for a second the historical significance of his election, Barack Obama honestly ran one of the safest campaigns in recent memory. By combining lofty speeches, a winning smile, and enough anti-bush rhetoric to fill a calender, Obama managed to breeze through over a year and a half of campaigning with everyone and their mother believing he was on their side.

But what was his platform? Did anyone know? The education community surely didn’t. Prior to his selection of Arne Duncan as Education Secretary, educators everywhere vehemently disagreed about where Barack Obama would lay his hat. The traditionalists knew he would side with them and throw his support behind the unions, the tenure system, and the status quo. The reformists were also sure he was in their camp, and that he would support rigid testing standards, merit pay for teachers, and innovative teaching methods that may place more emphasis on technology than some older teachers would like. Both parties couldn’t be right. Neither was completely sure. While his secretarial nomination did eventually signal his tacit approval of the reformists cause, the fact that he made it through the entire campaign with no one sure of his position shows how vacuous his victory really was.

If Barack Obama is going to be the leader that the Democratic Party needs him to be (and that I have no doubt he can be), he’ll have to realize that his job extends much farther than the here and now. Due to the transformative nature of his campaign and the unfortunate state of the union and the party, Obama has the opportunity to not only reinvigorate our failing country but to redefine the Left for years to come. His actions the next 8 years could catapult him into the history books next to FDR, as the president who brought principal and purpose back to the Democratic party. But this will only happen if he adopts bold, well thought out policies, clearly articulates his positions, and constructs a coherent, consistent liberal philosophy. Lets hope he’s really the change we can believe in.

But the Democratic Party’s problems extend much farther than their leader’s timidity. Over the past 40 years the party has become a hodgepodge of conflicting interests and factions, pulling their tenuous union farther apart with each election cycle. They’ve lost almost all message and definition. They’ve surrendered principal and culture to the Republicans. What was once a vibrant and thriving ideology has now been degraded to nothing more than the second option. What does it mean to be a Democrat any way? Does it mean you’re a poor socialist minority? Or a rich tree hugging pacifist? What about an ex-hippie turned Blue-Dog congressman? Or a homosexual college student questioning his belief in God? What if you’re just from New England? The truth is that all of these people think that they’re Democrats, and all of them have different reasons. This random coalition might be necessary to win elections, but it’s counterproductive when what we need is effective and consistent governance.

If the Democrats hope to ever become a permanent force in Washington, they’ll have to take a long, hard look inward and ask themselves the tough question, ” What is the left, and why are we on it?” Unless their answer to that question is principled, philosophical, and above all, consistent, they’ll never become anything more than the country’s “other option.”

The final test the Democrats will have to pass is one that both parties have notoriously failed the past 20 years. For any party to achieve political longevity, they have to nurture and support their up and coming stars. The past 20 years have been dominated two family dynasties. The Bush’s and Clintons suck the air out of every room they walk into, leaving their parties’ younger members with nothing to hold onto but their own insignificance. It took someone as transformative as Barack Obama to derail the Clinton machine, and even he couldn’t keep them out of Washington for very long. The Bushes and Clintons seem poised for years of political prominence. Hillary’s secretarial nomination will ensure that there is at least one Clinton in Washington for the next few years, and just this morning I heard Papa Bush running his mouth about Jeb’s return to politics! Bush 2016? Don’t be surprised.

The truth is that younger members of both parties are being constantly ignored and overlooked by party leaders and much of the voting population. When New York’s Governor Patterson had the chance to change this trend with his senatorial nomination, what two names managed to float to the top of the pack? A Kennedy and a Cuomo! C’mon, Democrats do come from more than three families. I know we can find a smart, young, fresh face to replace Hillary Clinton. There’s no reason to give that seat to Caroline or Andrew. Unless the Democrats start seriously considering how they can support their future leaders, they can kiss their political success good-bye.

I’m a Democrat. I’ve always been a Democrat. Chances are I always will be a Democrat. However that doesn’t mean that I’m unaware of my party’s flaws, and that doesn’t mean I should be afraid to voice my opinions. With the Republicans struggling to redefine their own party, the Democrats will need to find constructive criticism elsewhere. Every thinking Democrat should answer that call. If we want our party to continue to grow and succeed then we can never be afraid to ask ourselves why we believe what we believe, and we can never be able to challenge ourselves whenever we notice complacency. The costs are simply too great. 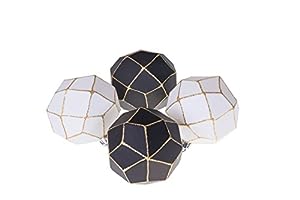