Let us assume all the worse; Atatiana Jefferson came to her window, peered out with a gun in hand, ready to shoot, refused to comply with an order from an unidentified man to drop her weapon, and he fired in fear for his life. Now let us deal in reality and common sense.  A neighbor [James Smith] of Ms. Jefferson saw a door ajar at her residence and out of concern called the police non-emergency line to ask for a wellness check. Reportedly there was no complaint of violence or a break-in or even a loud noise. A Fort Worth, Texas police officer arrived on the scene between 2:25 am and 2:30 am, checked a few doors, casting a moving shadow with his flashlight.

The police department released a reportedly edited video, making sure to show a weapon without context, and no clear image of Ms. Jefferson was in the frame.

What she did was what the police officer failed to do. She calmed herself enough to look out her window to make sure of what was really happening.  The officer, now identified as Aaron Dean with his police training at the ready, did not respond with the same common sense. The officer yelled at a frightened woman, who had no idea who was out there and shot her within seconds.  A vibrant young woman, who minutes earlier had probably been giggling and laughing with her nephew over some speeding anime character in a video game lay dead in view of her horrified eight-year-old nephew.

I hope the usual pattern does not emerge. One that paints Ms. Jefferson as angry, belligerent and uncooperative or silly questions develop like why an 8-year-old was not asleep at 2:30 am.  In the immediate aftermath of killings that involve black victims, the default is to criminalize the victim. Trayvon Martin was said to have smoked weed or Walter Scott was a scofflaw avoiding child support, and the son of Congresswoman Lucia McBath, Jordan Davis, played his rap music too loudly and on and on. Even Orlando Castillo who was taking his family home after work, ‘moving slowly’ became a crime, because apparently, he did not move fast enough to satisfy the police officer.

This happens far too often and I am to now believe that when someone [Amber Guyger] is convicted, sympathy and hugs from a judge for the guilt-ridden shooter is the new construct? Or is this another way of placing guilt on the victim.  I hope the new and accepted excuse for shooting unarmed black people is not, “look what you made me do.” 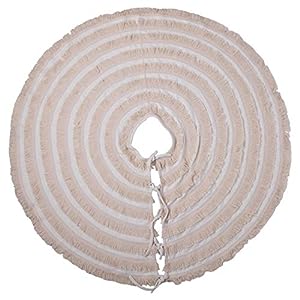