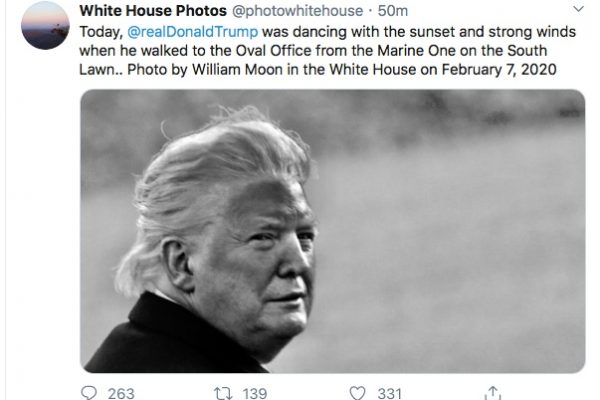 Man-child wreaks revenge by reassigning WH and NSC personnel in anticipation of the next outrage. Trimming the NSC staff in certain areas will allow for fewer witnesses when, not if, the next bit of Trump criming happens.

President Trump on Friday punished two witnesses who testified in the investigation that led to his impeachment, removing them from their posts in an apparent campaign to exact retribution on his perceived enemies in the wake of his acquittal in the Senate this week.

Trump’s push to remove Sondland and Vindman — and to exact punishment on other figures involved in the nearly five-month impeachment process — underscored how his fixation with settling scores is outweighing any effort to move on to less divisive issues in the wake of his acquittal.

The president and his advisers have also discussed removing Michael Atkinson, the inspector general of the intelligence community, though no final decision has been made, officials said. Trump has expressed frustration that Atkinson allowed a whistleblower report documenting Trump’s alleged misconduct toward Ukraine to be transmitted to Congress.
Some advisers have also counseled the president to remove Victoria Coates, the deputy national security adviser, who has told others in the White House that she fears her job is in jeopardy.
[…]
It was not clear what other forms of retribution the White House might pursue in the wake of Trump’s acquittal. A White House statement released after the Senate trial concluded Wednesday ominously posed a rhetorical question: “Will there be no retribution?”
www.washingtonpost.com/…
x

Republican Senators who could've stopped this betrayal of national values were at the White House with their fellow vassals a day earlier, guffawing and shoe shining as the high vulgarian pledged revenge. They hid from view Friday, though one tweeted Bible verses for appearances. https://t.co/aiOGAZ9TLB

HeÃ¢Â€Â™s an autocrat who completely controls the Republican Party but he canÃ¢Â€Â™t find someone to blend his tanner.

….was given a horrendous report by his superior, the man he reported to, who publicly stated that Vindman had problems with judgement, adhering to the chain of command and leaking information. In other words, Ã¢Â€ÂœOUTÃ¢Â€Â.

Can you do me a favor? Can you retweet this? ItÃ¢Â€Â™s video I found of Trump saying he plans to build Trump Tower Moscow, is looking for deals not just in Moscow but across Russia and says he met with a group of Russians in Moscow/talked about making deals. pic.twitter.com/HoOISzAtq7

Amy KlobucharÃ¢Â€Â™s close during tonightÃ¢Â€Â™s debate was the single strongest debate moment of the campaign since Harris in June. #DemDebate