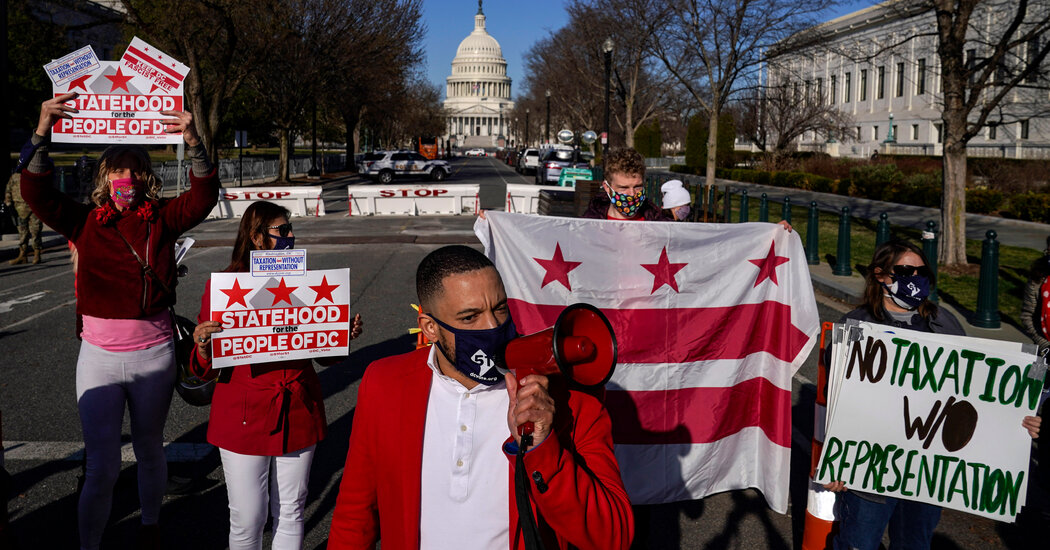 Statistically, the state with the highest black population by percentage in America is Mississippi; or is it? I came of age in Washington, D.C. in the 1970s and at the time D.C. had a predominantly black population, as it does now. The number of black residents has dwindled significantly. At that time Washington, D.C. was about 66% black, currently, it is just over 47 percent. Residents of the District had no right to elect a Mayor until 1974. The Hon. Walter E. Washington took office in 1975 as the first elected Mayor. Washington, DC still has no voting congressional representation in either the House or the Senate. Yet for the years prior, my parents, aunts, uncles, and their parents were required to pay federal taxes in direct violation of the law, with the repeal of the Stamp Act of 1765—”taxation without representation.”

The recent insurrection at the Capitol on January 6 also points out the defenseless posture the federal government has placed the District of Columbia. The current mayor, the Hon. Muriel Bowser did not have the right to call out the District’s national guard until it was granted to her almost 5 hours after the beginning of the insurrection. What if the insurrectionists had decided to attack the mayor’s office or any other essential DC government facility? As a native of DC, I have blown the bugle for statehood since I cast my first vote in November of 1974. The standard DC license plates bear the city motto ‘taxation without representation.’

Currently, Washington, DC has a population (702,000)  larger than two states, Vermont (about 626,000) and Wyoming (about 567, 000),  and is within shouting distance of two others North Dakota and Alaska. When Sen. Bernie Sanders (D-VT) gavels in his committee, no one from DC is there to vote in support or opposition. When  Senator John Barrasso III of Wyoming voted 94 percent of the time to limit civil rights legislation, the majority-black city of DC can only bite its lips. Adding a state to gain representation is not without precedent. History professor, Dr. Michael Mullin, opining on the history of Dakota politics, listed among the various reasons, politics as the defining answer for why two Dakotas, “Democrats don’t want South Dakota in because they are afraid it’s going to vote Republican, and Republicans don’t want North Dakota in because they think it’s going to vote Democratic,” said, Dr. Mullin.

The current makeup of the population of Washington would be a disadvantage to the Republicans but so is Alabama, Mississippi, and Texas to Democrats. The Republicans are pursuing the tact of choosing their voters as opposed to winning their votes. Former President Obama won the 2008 presidential election based on a 50-state strategy. That pattern has continued for Democrats with Texas in range and wins in Georgia and North Carolina. Meanwhile, Republicans are fighting to keep DC a colony even though it is demographically changing. I still consider DC my home although I have not lived there since 1999. I maintain my loyalties to the sports teams, the mambo sauce, and go-go music. Until the city is treated like a state similar to the Dakotas, the Carolinas, and its smaller neighbor to the north, Vermont, DC will remain limited in its’ self-governance and defense of its citizens. It is time to release the hold on America’s last intranational colony.