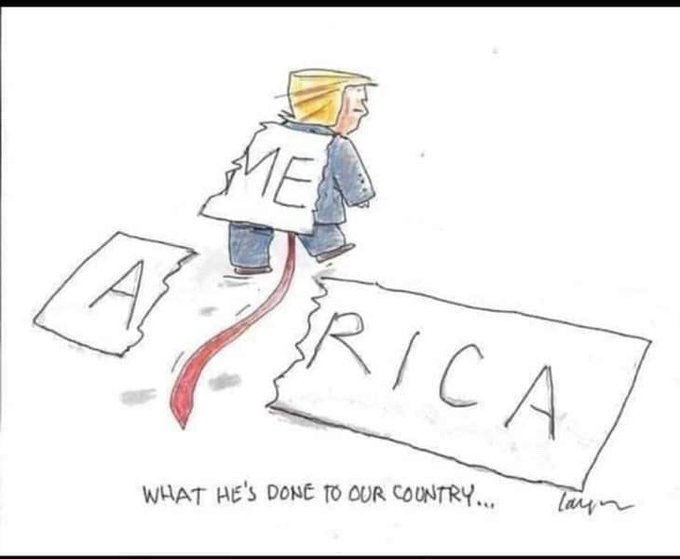 Angry Country. Ted Cruz lies as he gets caught taking a Cancun vacation while Texas freezes. And from Fox News hosts Harris Faulkner and Bill Hemmer…. crickets, as Trump uses the death of a supporter to continue to spread the big lie about the election he lost.

"Rush thought we won, and so do I. I think we won substantially" — Trump is using Rush Limbaugh's death to push long-debunked lies about the election pic.twitter.com/IivzVhqG4W

Trump still lying about election: "Rush Limbaugh thought we won. And so do I by the way. I think we won substantially … You would have had riots going all over the place if that happened to a Democrat. We don't have the same support at certain levels of the Republican system."

Trump on what he wishes GOP had done after Nov. 3: "You would've had riots going all over the place if that happened to a Democrat. We don't have the same support, at certain levels of the Republican system," he said. He spoke to Fox by phone from his West Palm Beach golf club.

This is what the Big Lie is all about. Three months after the election, and 61 court decisions later, Trump and his attorneys still refuse to acknowledge that he lost the election. Pathetic.

Worst part of Trump acquittal is how Big Lie lives on. GOP now weaponizing it to introduce wave of new voter suppression laws

If Dems don't pass John Lewis Voting Rights Act & For the People Act next election could be stolen & next coup could succeed https://t.co/kdQY9IT73u

This is how history will remember them. We will never forget. #43Traitors pic.twitter.com/cxm5fkTXld

What Texans are suffering through is a failure of deregulation and markets — a neoliberal ideology promoted not just by the fossil-fuel-loving right, but even many environmentally conscious liberals. https://t.co/WV1EOCpTYn

Senator Ted Cruz carries his luggage at the Cancun International Airport before boarding his plane back to the U.S., in Cancun, Mexico. Photo by Stringer pic.twitter.com/KKDtldAXoE