The American Conservative Calls for Impeachment

We spend a lot of time calling out conservatives for bowing and scraping to the Corruptor-in-Chief, so it seems only fair to acknowledge when some of them got off their knees and speak the truth. Today The American Conservative said The Case for Impeachment is Overwhelming.

The president’s abuse of power is not in dispute. It is clear that he used the powers of his office in an attempt to extract a corrupt favor for his personal benefit, and this is precisely the sort of offense that impeachment was designed to keep in check. It doesn’t matter if the attempt succeeded. All that matters is that the attempt was made. It is also undeniable that he has sought to impede the investigation into his misconduct. The president has committed the offenses he is accused of committing, and the House should approve both articles of impeachment.

The writer (Daniel Larison, a senior editor) is only addressing the House here, not saying what the Senate needs to do. But he does take them on, implicitly:

The president doesn’t have a credible line of defense left. That is why his apologists in Congress and elsewhere have been reduced to making increasingly absurd and desperate claims.

The central question at the heart of this matter has always been whether we will tolerate the president corruptly using the powers of his office for personal benefit. The president’s defenders have answered loudly that they will tolerate corruption of the presidency. If we have any respect left for the Constitution and the rule of law, it is imperative that the president is not allowed to escape without facing serious consequences for his abuses.

In a way, this ought not to be too surprising; In 2013, HuffPost called The American Conservative “the right’s most unorthodox magazine,” and it was founded in 2003 to oppose the Iraq war. Still, Pat Buchanan is one of the founders, and Tucker Carlson is the chairman of the advisory board. And just a while ago their political guy posted a seriously misleading story about the DOJ IG’s report basically repeating the Barr line and even linking to his “summary.” (At this moment, there is only one comment on this story. It reads, in its entirety, “You’re crazy.”) So these are not exactly angels here.

Nonetheless, fair is fair. They are calling for Trump’s head. Or at least his hairpiece. I award them one-half kudo. 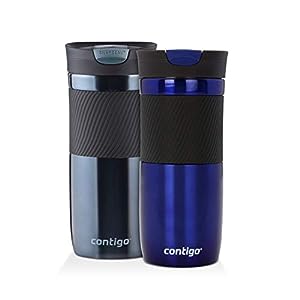