There’s been considerable attention paid to Amanda Gorman’s poem at the Inaugural, and since I had 15 minutes to explain the last story on semiotics as a cultural analysis tool, I decided to try again, this time with twice as much time and with some simple and less-simple examples.

From the land of Biden McBiden-face and other naming exercises like “knuckle-brained fart lozenge”, in looking at Lady Gaga’s inaugural ensemble, a dove brooch can be a mockingjay pin.

But it isn’t, as we still rely on its primary user to determine its primary exchange value. Finding such meaning isn’t as random as we think and there’s means to understand their production that could be called a human science.

“Human Science aims to expand our understanding of the human world through a broad interdisciplinary approach”. Wilhelm Dilthey described it in 1883 as the (scientific) history of ideas.

As Dr. Fauci said yesterday, “The idea that you can get up here and…let the science speak, it is somewhat of a liberating feeling.”

For example there’s a decodable message from the US Digital Service on the Biden administration’s website and it’s not from Q:

Hidden in the HTML code on www.whitehouse.gov was an invitation to join the U.S. Digital Service, a technology unit within the White House.

“If you’re reading this, we need your help building back better,” the message said.

Now an online petition has called for Prestwick Airport to be renamed ‘Joe Biden International’ as a way of reminding Trump who won the election.

When Trump flies into Scotland he always arrives via Prestwick Airport, close to his Turnberry Golf Resort

President Donald Trump has been asking around about the idea of having an airport named after him, according to a Daily Beast report.

As always it’s more than names because some make no sense unless you can decode them. 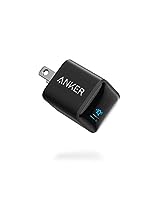