It’s pretty much a given that Donald Trump cares more about his reelection and his wealthy cronies’ stock portfolios than he does dying Chinese, Italian, and Iranian people, so maybe the fact that the Dow is plunging (down nearly 1,000 points as of this writing) will finally get his attention.

Or maybe not. Among those who think Trump has lost his damn mind when it comes to protecting our health is California Rep. Ted Lieu:

The Dow dropped significantly this morning because of the continuing spread of the coronavirus.

The @realDonaldTrump budget proposes cuts to the Centers for Disease Control and Prevention.

Even as he crows (i.e., lies) about the “greatest economy in the history of our country,” Trump is proposing drastic cuts to the Centers for Disease Control’s budget — a 16% haircut, to be exact. He also wants to reduce the Department of Health and Human Services’ budget by a whopping 10% and lower our contribution to the World Health Organization by $65 million, or 40%. That’s on top of a proposed 7% cut to the National Institutes of Health’s budget.

Is it too simple to say it’s because his brain is more McRib sauce than brain at this point? Yes, the man who literally thinks exercise is bad for you is determining our future health in myriad ways.

That’s raised the ire of not just Lieu but other congressional Democrats as well.

For instance, Elizabeth Warren has a plan for that:

We need all hands on deck now to fight the spread of coronavirus. While Donald Trump has no plan and proposes dramatic cuts to the CDC, the World Health Organization, and other global health programs, I proposed a plan nearly a month ago to fight global pandemics. https://t.co/qPtTAlnwXX

And Chuck Schumer has weighed in as well:

This is typical of President Trump's senseless budget cuts.

President Trump wants to slash funding for the CDC. His new budget proposes a 16 percent cut at the agency.

But the Coronavirus crisis continues to spread across the globe!

Say, remember when Trump wanted to bar a single health care worker who had contracted Ebola from entering the United States? I do:

Ebola patient will be brought to the U.S. in a few days – now I know for sure that our leaders are incompetent. KEEP THEM OUT OF HERE!

Yes, we could shut down our borders entirely or, here’s a thought, fully fund the agencies that are responsible for responding to epidemics. 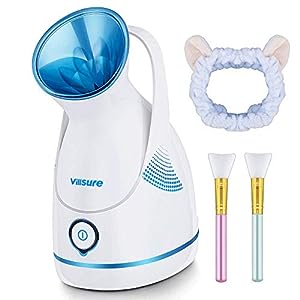