During her second appearance on the leader of the genre in daytime talk, The View (1/5/21), following her maternity leave, Meghan McCain was told in no uncertain terms by one of the other four co-hosts, Joy Behar, that she was not missed.  Although McCain was apparently appalled by the rebuke, calling Behar “rude,” my objection came in the A-block of the show. During the back and forth, Ms. McCain said “traditionally in the Republican Party—a really  big tent  party, of conservatives, and libertarians, and neo-cons, it's really a diverse party.” After laughing out loud, at her diversity comment, I could not help but think of the line from the Blues Brothers movie, when Elwood asks the bartender at Bob’s Country Bunker what type of music they play and she replies, “ We got both kinds, we got Country and Western.”

The notion that conservatives, libertarians, and neo-cons represent the diversity of America is so short-sighted, that circa 1980 Carrie Fisher should reload her rocket launcher. Somehow and with the expectation of no objections, Ms. McCain expects her liberal and moderate co-host to be chastened by her bullying and close-minded opinions because she wraps them in the flag and apple pie. Conservatives have long fought against LGBTQIA rights to marry and work, are still working on the reversal of Roe v. Wade, and have adopted voter suppression as a strategy. Libertarians raise their heads like an ostrich every election cycle to clandestinely promote conservatism draped in the panacea of unfettered rights. Neo-cons want to bomb the world back into the stone age, with the only survivors being,  truth, justice, and the American way.

This piece is not a rant against Meghan McCain as much as it is the idea of her.  She is a sign of the endemic nature of the Fox News version of America. Defending nihilism, telling the world that just the middle of the country has value, and the only voters that count are the 74 million who voted for Trump as if the 81 million who voted for Biden are just an anomaly—to be ignored.

With schools closed, and the virtual lockdown, I spend a lot of time in front of my tv, and like a lot of us; my obsession is news. Monday night I watched Ana Navarro lambaste Anthony Scaramucci over his use of the well-worn conservative term “Identity Politics.”  She rightfully laid into him as to why identity politics never means single-issue white voters only people who are women, gay, black, or brown. Navarro skewered the ‘Mooch’ for his use of the phrase “identity politics” as an overused cliché and a “dog whistle,” before adding “you’re too smart for that.” Amidst the dust-up was former Ted Cruz campaign aide Amanda Carpenter who chimed in to chide Mr. Scaramucci for his short-lived job as the White House communication’s director for Mr. Trump. From that point, the conversation devolved into a competition of whose superordinate evil was the worst, between Carpenter and Scaramucci.

The politics of grievance, revenge, and finger-pointing have brought death and division to the United States. View moderator and lead-host Whoopie Goldberg ends the morning talk program with the words, “ take a little time to enjoy the view,” Maybe we need a little time to avoid the views of the Republican/Trump party. 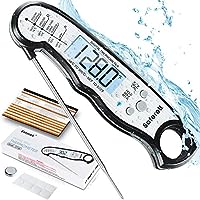