At Progressive Democrats of America (PDA), we know we stand on the shoulders of giants, and U.S. Representative Shirley Chisholm (1924-2005) is surely one of those foundational figures.

Her life and career demonstrate in the clearest terms that Black History is American History. She was born in Brooklyn, NY, to immigrant parents from the Caribbean. Her work on early childhood education and child welfare got her interested in politics.

“Fighting Shirley” was elected to the New York State Assembly, (in which she served 1965-68), then to the U.S. Congress as the first African American woman in the House. She represented her district from 1969 to 1983, and championed gender and racial equality, poor people’s rights, and peace (ending the Vietnam War).

Her legacy inspires and informs our organizing. If you support unbought and unbossed progressive mobilizing, then please pitch in automatically every month to help us honor and build on Shirley Chisholm’s legacy.

Throughout her career, Shirley Chisholm fought for expanded rights for domestic workers. She played a critical role in the creation of the Supplemental Nutrition Program for Women, Infants and Children (WIC) and worked to expand the food stamp program.

In 1972, Chisholm was the first African American woman to seek the Democratic nomination for President. Her presidential campaign announcement, using the slogan “Unbought and Unbossed,” called for a “bloodless revolution” and a new American identity. PDA is 100% supportive of that.

Progressive Democrats of America celebrates the legacy and sterling example of Shirley Chisholm, a truly deserving recipient of the Presidential Medal of Freedom, awarded posthumously by President Obama in 2015. Like her, PDA is, and ever strives to be, unbought and unbossed.

Help us fight for progressive policies and progressive candidates by becoming a monthly sustainer. Please give $27, $20.20, $10, $5, or whatever you can afford as a monthly gift. Help sustain PDA’s continuing and expanding efforts, building on the accomplishments and the legacy of the great Shirley Chisholm.

Prefer to donate by check? Please send your check to:

Make sure to include your phone number, employer and occupation—write “self employed,” “retired,” etc. if that’s appropriate.

We appreciate all you do to support PDA’s efforts. If you’ve never donated to PDA before, now is the perfect time. We need your support more than ever. Click Here to support PDA’s mobilizing Building on Shirley Chisholm’s Legacy with automatic monthly gifts. 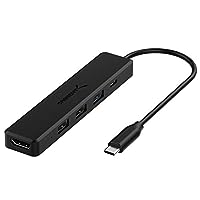