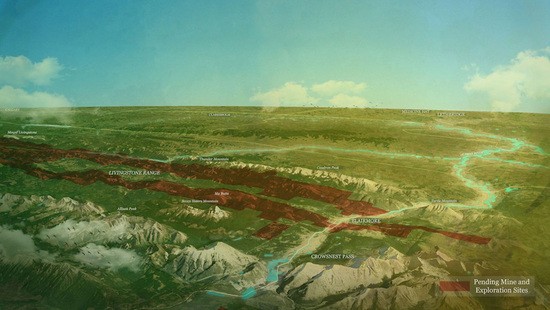 The Ermineskin and Whitefish Lake First Nations, along with ranchers, have filed two lawsuits against Alberta’s government after the province rescinded protections for the eastern slopes of the rocky mountains. Alberta’s decision will no longer require any coal mining to be done underground, and that prohibited mountain top coal mining. As a result, the eastern slope’s biodiversity, along with the watershed for drinking water for millions of Albertans, is at risk of severe disruption.

The United Conservative government, according to leaked documents, will argue to the court that the rules that have been in place since 1976 are not legislation and can be reversed unilaterally. Leased land by the government now extends along the Rockies for over 37 miles, that number is predicted to surge once the infrastructure for stip mining is in place.

As Kara Oosterhuis of Real Agriculture notes, “What the coal policy did was it said that if there was to be coal development throughout the eastern slopes, it was to all be done underground, because of the sensitivity of those watersheds,” this action eliminates any protections for 247,000 acres of critical habitat.

The Narwhal has published images of Rocky mountaintop removal of what the strip-mining process in Alberta will look like. The photos and story written by Sharon J. Riley show the horrifying scars from a similar project underway in Elk Valley, British Columbia, at the Albertan border.

Below are a few of those images.

In short, the UCP removed a system of land classification that prohibited surface coal mining in more than a million hectares of the foothills and Rocky Mountains — areas important to First Nations and for the protection of numerous species at risk.

Marlene Poitras, the Assembly of First Nations regional chief for Alberta, told The Narwhal at the time it was a “backwards move,” and that the government failed to adequately consult Indigenous groups.

It wasn’t just First Nations that were upset by the announcement. Conservation groups, already worried about the loss of protected lands as the UCP government moved to de-list dozens of parks and recreation areas, warned the decision would put more landscapes in jeopardy. Then came the ranching community, concerned native grasslands and prime pasture would be destroyed.

Then, in December, Alberta accepted offers from Australian coal companies to mine nearly a dozen parcels of land spanning close to 2,000 hectares, seen by many as just the beginning of new coal leases in the region.

https://t.co/wPbWiKq1AK Andrew Nikiforuk on Kenney's embrace of international companies strip-mining Alberta mountains for coal: how he tossed Peter Lougheed's 1976 coal policy to open the doors. A must read.

Although mining has occurred in the area for more than 100 years, the use of mountaintop-removal mining in recent decades has dramatically changed the scale of the region’s mining operations. Entire mountains are carved up, with valuable metallurgical coal processed out. The remaining waste rock, which contains selenium, arsenic and nitrates, among other pollutants, is piled high in adjacent valleys where it is exposed to the elements.

She notes that the British Columbia mines operate 24 hours every single day.

(51403)
$17.62 (as of May 18, 2022 06:08 GMT -04:00 - More infoProduct prices and availability are accurate as of the date/time indicated and are subject to change. Any price and availability information displayed on [relevant Amazon Site(s), as applicable] at the time of purchase will apply to the purchase of this product.)