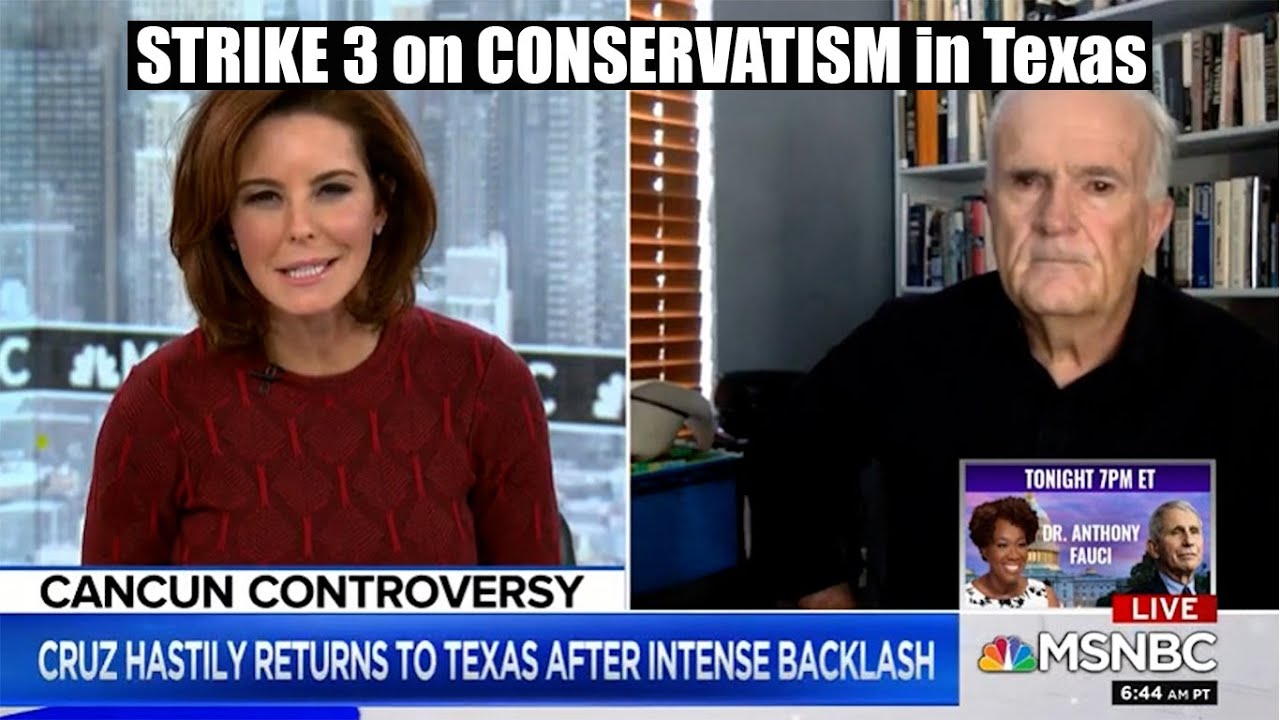 The combination of Cancun Ted Cruz, lying Greg Abbott, and Texas Electric Collapse will be Strike 3 for Texas Conservatism if we make the case.

The misery that Texans are feeling right now is widespread. Both the rich and poor are stressed and uncomfortable. The failure of planning and competent government have left most immobile, even the rich.

There is a common thread that many know about the Right. The level of empathy is more dependent on haven felt the pain themselves than feeling and seeing it vicariously through our fellow person. Who can forget Indiana Senator Rob Portman’s (R-IN) 180-degree change to supporting marriage equality when his son came out as gay?

And that is where a catastrophe like the statewide failure of the near completely privatized Texas Electric Grid that skirts any real regulations comes into play. Most Texans are feeling the pain in some form, whether physically, financially, or both.

Greg Abbott understands that. It is the reason he has completely lied about the genesis of the grid’s collapse. He lied about the grid’s failure by claiming it was caused by frozen windmills and the unimplemented Green New Deal. He needed to attempt to make it the fault of Progressive policies instead of the continued failed Conservative policies instituted in Texas.

Republican Conservative insurrectionist enabler Ted Cruz, who barely won his last election against former Congressman Beto O’Rourke, showed his contempt for the masses by escaping from Texas to go to a high-class resort in Cancun.

STRIKE #1: Failed healthcare. Republican Texas politicians did not accept the Medicare Expansions to the Affordable Care Act. It would have cost zero for the first three years and 10% thereafter. The 4+ million uninsured Texans would have been insured. This inherently caused thousands to die who needn’t. We must connect the dots and ensure all Texans and Americans understand conservatism’s correlation.

STRIKE #2: Failed COVID-19 Response. Republican Texas Politicians, specifically Texas Governor Greg Abbott, tied the hands of large city mayors and large county leaders who attempted to arrest the COVID-19 epidemic in their jurisdictions before it got out of hand. These leaders could have mitigated the economic collapse in their regions by creating a pause that controlled the epidemic.

STRIKE #3: The Texas Electric Grid Collapse. Texas decided to go it alone with most of its electric grid. One would think that decision would demand even more reliability since there is virtually no backup. Instead, the Texas grid is, for all practical purposes, an unregulated private enterprise designed to suck profits from the masses without concern for reliability and the well-being of those dependent on electricity. Conservatism caused its collapse. They ignored the warnings to upgrade for profit for the few.

We must make this strike three in the last out of the ninth inning for Texas Conservatism. It must be done.