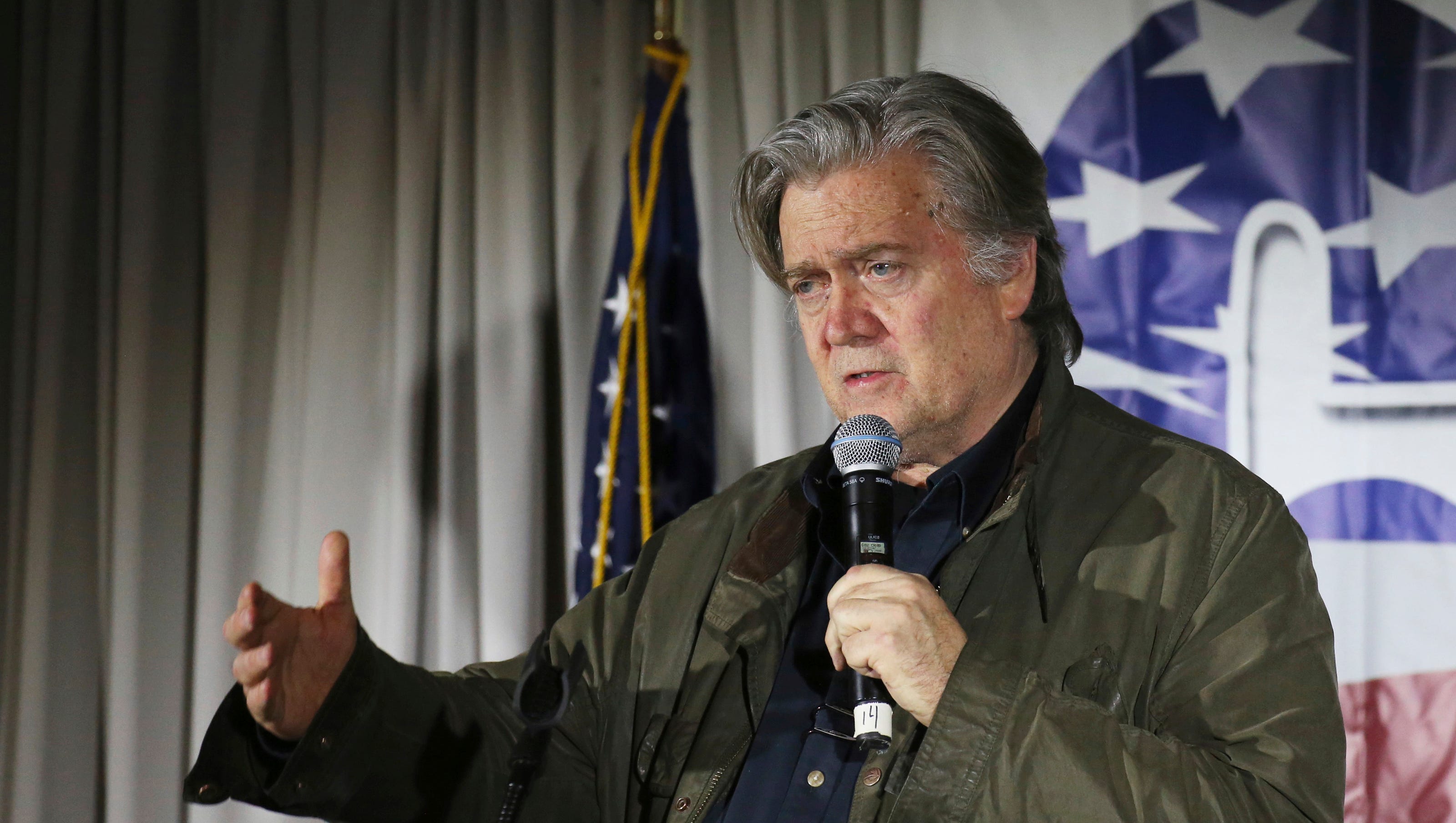 Remember that the Trump pardon will not protect Steve Bannon from NY prosecution on his multimillion-dollar border wall grift.

Investigators employed by the state attorney general were deputized to work as prosecutors with the team led by Manhattan District Attorney Cyrus R. Vance Jr. (D), whose investigation of Bannon began shortly after his pardon was announced in January, these people said. They spoke on the condition of anonymity because the investigation is ongoing.
“The AG is working hand-in-hand with the DA’s office in leading this investigation,” one person said. New York Attorney General Letitia James (D) “has been looking at Bannon for a while,” the person added.
Manhattan district attorney considers prosecuting Bannon following Trump’s pardon in federal fraud case
James has built a reputation, in part, around her promises to hold Trump and his associates accountable for alleged misdeeds, and she sued his administration several times over policy decisions that affected New Yorkers. It was not immediately clear whether the scope of her interest in Bannon, who helped engineer Trump’s 2016 election victory and later served as White House strategist, goes beyond his alleged role in what federal prosecutors characterized last summer as a lucrative ploy to defraud donors of a private effort to expand the U.S.-Mexico border wall.
www.washingtonpost.com/…

The New York attorney general's office has partnered with Manhattan's district attorney to investigate Steve Bannon for the alleged fundraising scam that prompted his federal pardon from Trump. The move adds prosecutorial firepower to the criminal case. https://t.co/uEe3aUlq1T

Bannon is alleged to have siphoned more than $1 million in donations, keeping much of it for himself and funneling hundreds of thousands of dollars to Brian Kolfage, a disabled Air Force veteran with whom he operated the campaign. Also charged in the scheme were Andrew Badolato and Timothy Shea. Kolfage, Badolato and Shea were not pardoned by Trump and still face the federal charges, some of which carry prison terms of 20 years. Since Bannon was pardoned he must cooperate with law enforcement and could be forced to testify at the three men’s trials.

Guardian's report on Jason Miller getting secretly paid by Teneo in order to avoid paying his child support comes on the heels of @SollenbergerRC's story last November about Miller hiding money he received from Steve Bannon to fool the courts.https://t.co/DulfaHedSn

The Heritage Foundation bought data from Steve Bannon's psychological warfare company, who stole much of it from Facebook.

But they oppose #DCStatehood because it would give residents with lawn signs too much influence by targeting members of Congress. https://t.co/jmCBqaohJG

Steve Bannon blocked from starting a nationalist "gladiator school" in Italy is the good news we needed to hear.

(43174)
$0.00 (as of May 20, 2022 08:18 GMT -04:00 - More infoProduct prices and availability are accurate as of the date/time indicated and are subject to change. Any price and availability information displayed on [relevant Amazon Site(s), as applicable] at the time of purchase will apply to the purchase of this product.)