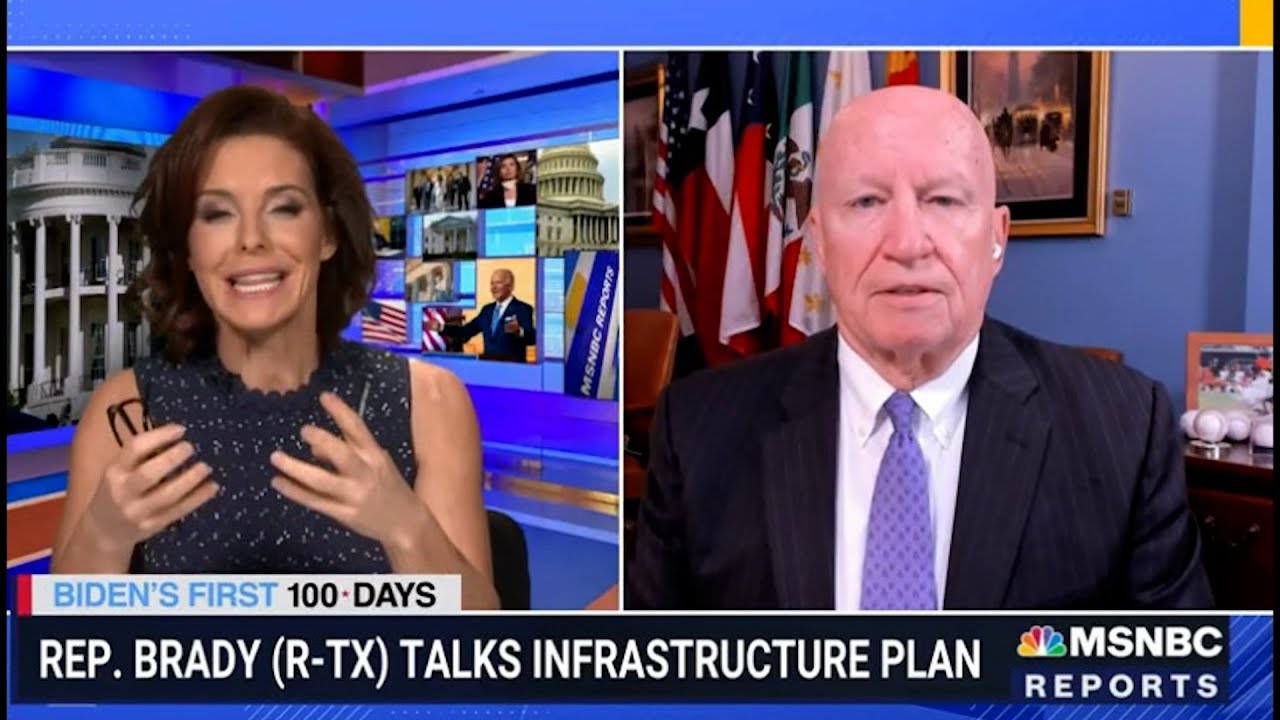 I refute Rep. Kevin Brady’s defense of GOP’s objections to taxing corporations with a myriad of lies and misinformation in his Stephanie Ruhle interview.

To be clear, the proposal still keeps corporate taxes lower than they were before Trump’s tax cut scam. One should note that very few corporations pay the nominal tax rate anyway,

The congressman wants to absolve the corporation from their responsibility to fund infrastructure. They continue to want not only corporate welfare from the government but the individual.

When discussing these issues throughout the blogosphere, websites, and publications, we must tell the truth and frame the narrative correctly. The corporation’s dependence on infrastructure is great, and that dependency is existential for their well-being. They use more of it when one considers it is used to move their goods and services. Most importantly, their employees use it in the process of working for them.

When someone pays gasoline taxes, it is a user fee that partially subsidizes the corporation they work for. Without the roads, rails, and otherwise, to get there, there is no corporation.

Whenever the private sector talks about capital being available to build infrastructure instead of taxes to pay for it, understand what that means. It is a tax that goes to the wealthy investor. It is a wealth transfer engine from the middle-class to the rich. As an example, a toll road build with private capital taxes those who can afford to ride on it. The toll pays for the road, its maintenance, and another chunk goes to the investor. A tax instead invests all into the roads, and everyone has access.

We have got to push back at plausible-sounding plutocratic narratives ad nauseam. We cannot continue the metastases of policies that are detrimental to most of us.