It really kills Donald Trump that the U.S. doesn’t have labor camps to send truculent dissenters to. If he had his way, no doubt Chelsea Clinton would be hauling Chicken McNuggets up the White House Grand Staircase 24/7 like a Sherpa, as fitting punishment for being far too smart to support Donald Trump.

So knowing that Trump’s skin is thinner than a Kirkland brand condom, this story from The Daily Beast is, well, not surprising. That said, it’s still off-the-charts crazy.

Remember in July 2017 when Ivanka Trump sat in on a meeting at the G20 summit? The decision to let her take her dad’s seat at the table drew criticism, because allowing a vacuous, cow-eyed political novice who doesn’t know anything about anything to rub elbows with world leaders is just nuts — and letting his daughter do it is arguably even worse.

Of course, Trump responded to the criticism the way he always does — he rose above it all, held his tongue, and resolved to further narrow his laser-like focus on affairs of state.

No, of course not. He tweeted some sad bullshit.

Good morning Mr. President. It would never have occurred to my mother or my father to ask me. Were you giving our country away? Hoping not. https://t.co/4ODjWZUp0c

So you might think that would have been the end of it. If so, you don’t know Donald Trump.

That tweet garnered more than half a million likes, including by the account for the U.S. mission to the European Union. That kickstarted a weeks-long investigation, prompted by the [secretary of state’s] office, into who exactly at the Brussels mission had access to the Twitter account and hit “Like” on Clinton’s tweet, according to two former U.S. officials. … At least 10 people were interviewed about whether they, as administrators of the account, had mistakenly or deliberately pressed the “Like” button. All of them denied any wrongdoing, those sources said. One individual familiar with the exchanges said the secretary of state’s top managers in Washington “wanted blood” and called Brussels numerous times demanding the name of the culprit.

U.S. officials in Belgium were never able to give Tillerson’s office a name and soon after, the embassy restructured the Twitter account and limited access to just two individuals.

The concern from the secretary’s office over social-media messaging continued after Tillerson into the era of Secretary of State Mike Pompeo, according to two U.S. officials at American embassies overseas. The micromanaging is still causing headaches for staffers and officials at top American outposts who are trying to navigate the task of pleasing both the State Department and the White House simultaneously—a mission that at times requires two completely different strategies, those sources said.

As far as wasted resources go, this may not equal protecting Chumley during his golf trips or sending aides on a wild goose chase to determine how much it would cost to place a moat with snakes and alligators alongside a 2,000-mile border wall, but damn, it’s a fucking huge waste of time and money nonetheless.

And all because Donald Trump is a vindictive asshole with nothing better to do than seek and demand petty revenge.

So there you have it. The smallest man in the country has the biggest job on the planet.

Goodbye, 2010s. Hope you’re done pranking us by now — because it just isn’t funny anymore. Here’s hoping we’ll have an adult in place soon to guide us into (most of) the new decade. 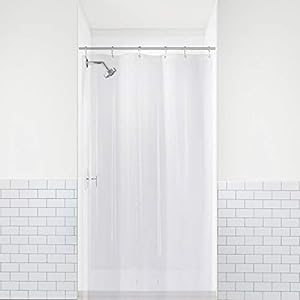