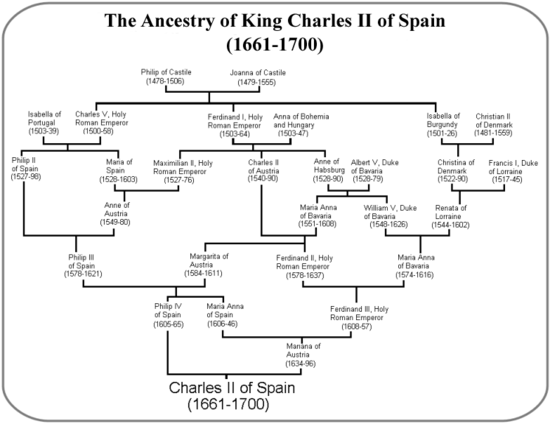 Things are… not going well in Spain right now.

First, a little history. Some three hundred years ago, what is now that little pointy bit that constitutes the northeast corner of Spain was its own (more or less) independent nation, the Principality of Catalonia. Strictly speaking, Catalonia was under the rule of the Spanish crown, but the Catalan Courts had substantial sovereign power; their rulings were law and were not subject (at least in principle) to unilateral reversal by the king. Unfortunately, in 1700, that king was Charles II of Spain, last of the Spanish Habsburgs, and the one-man poster child for the genetic costs of really, really serious royal inbreeding. His death sparked the War of the Spanish Succession, as everyone (seriously, this wound up being one of those European theater-wide conflicts) backed sides in an effort to figure out how to put a functional ruler on the throne without accidentally allowing a merger of France and Spain into an unstoppable political juggernaut. Unless, I guess, that’s the side you supported.

Catalonia backed what would be the losing side, and was forcibly annexed into Spain, losing essentially all of its independent powers (and becoming subject to generations worth of abuse and cultural suppression). Now, the intervening three centuries weren’t all particularly kind to Spain itself either, which eventually lost first its empire and then pretty much its entire economy. It ended WW II under the rule of Francisco Franco, who only some sources characterize as fascist, but who everyone agrees was a pretty terribly repressive and authoritarian ruler. Until he changed his mind about some of that, presiding over a period called the Spanish miracle, where suddenly the country had a functional economy again (until 1970s stagflation, anyway). Along with the rapid industrialization and economic growth, Franco permitted limited pluralism and restored some power to historically autonomous areas. That trend was continued after his death, as the restored monarchy has stumbled and blundered its way to greater levels of democracy.

Catalonia has been increasingly unhappy with the economics of all of this. You see, that corner of Spain was responsible in a large degree for the Spanish miracle. And for keeping the country’s economy working at all during the ugly bits in the 1970s. And, today, for generating the money that pays for… well, everyone else, mostly. If you read into this parallels to the American situation where blue states pay the money to support government aid to red states, you’re not mistaken. Except that here, Catalonia has its own language, culture, traditions, and history as a more or less independent country to stack on top of it.

To Spain’s credit, the central government has devolved a LOT of power to the autonomous regions (including Catalonia, but also the Basque region and a couple others). Indeed, there’s really not a lot more local power left to divest without just flatly letting Catalonia operate as its own country. Which struck some of the locals as a pretty good idea. A few years ago, there was a nonbinding referendum to determine whether the Catalan people would support independence. Many in favor of continued union boycotted the vote (just as they do in Puerto Rico; seriously, does this strategy ever not cause problems in this sort of vote?), and independence won, setting up the stage for an actual referendum on secession, which has been scheduled for this Sunday.

The Spanish authorities have not been amused. They declared the vote unconstitutional (specifically, that’s what the Supreme Court ruled, so at this point, I suppose that means it is unconstitutional), and have been pretty much steadily escalating their police and military response. That has not had the public relations effect they probably hoped for, and all reports seem to indicate that it’s increasing local support for independence. Many Catalan had hoped that the need for independence could be avoided if everyone could just sit down at a table and negotiate the economic issues like civilized people running a civilized country. More and more, doesn’t seem likely to work out that way. Regardless, police raids attempting to seize printing presses—because they might be being used to print illegal ballots—isn’t how you win hearts and minds, shall we say.

Today, the contents of a memo providing orders to the regional police was leaked to the AP and others. This memo instructs the regional police to visit every planned voting place, confiscate any ballots, ballot boxes, or other election materials, evict everyone present, and close the polling place. Don’t worry, though, they are explicitly being ordered to use force in doing so only if its necessary to take the election materials and kick the voters and electioneers out. I’m certain that nothing will go wrong.

And indeed, it’s a pending question as to whether these police raids on the 2315 announced polling places will go at all, since many of the regional police are, well, Catalan, and may or may not think that commando raids on their own people is the sort of policing they signed up for in the first place. Meanwhile, the farmers’ union supports independence, and has been moving tractors into the cities as protest, surrounding central government buildings.

Meanwhile, because this entire process—from the Tweety bird images to the tractor protests—has played out like a parody of European factionalism (despite being all too real), there has to be a way to get football involved. And, not to disappoint, the head of the Spanish football league, La Liga, warned Catalonia that, should it declare independence, the three Catalan clubs (FC Barcelona, Gironya, and Espanyol) would be expelled from Spanish football. Never mind that “Barça” is the second most valuable football club in the world, or anything like that, or that it’s pretty much why anyone cares about La Liga in the first place (Barça is the 24-time league champions; it’s like the dynasty-era Yankees, except instead of being hated, everyone really does actually love them).  Because in addition to being one of the best football teams in the world, FC Barcelona has been a proxy for Catalan nationalism for over a century. It was founded in 1899, and began official support for regional autonomy as early as 1919. Under Franco’s rule, the banned Catalan language re-emerged into public view at Barcelona’s Nou Camp stadium before anywhere else, which is why the stadium has been something of the ground-zero rallying point for the current push for independence. And the club’s official motto? Més que un club—more than a club. Oh, and there’s even a football game (FC Barcelona vs. zero-chance-of-winning Las Palmas) this Sunday. In Barcelona. At the football stadium that has been the rallying point for the independence movement. Presumably at the same time that the cops will be seizing the local polling places in an entirely non-violent manner.

Other bad actors may be taking advantage of the chaos. Last month, there was a van-and-knife attack in Barcelona that killed 16 and wounded quite a few more. Police arrested a Moroccan-born suspect with apparent ties to purported terrorist-recruiting imam Abdelbaki Es Satty. ISIS took credit for the attack, although I always take that with a grain of salt; at this point, they take credit for everything. In any case, there are substantial concerns that this Sunday’s chaos is the perfect time for another terrorist to have a go at things.

I don’t really have a horse in this race, and I see the conflict between the right to cultural self-determination and the right for functioning countries to avoid civil war and regional secession. But I’m pretty sure that this confluence of events will require delicate handling this Sunday lest it all blow up into the sort of violence that no one really wants. And I fear that Spain’s central government has demonstrated a willingness to handle the situation with nothing like that level of delicacy.