Will possibly outting Lindsey Graham hurt his reelection chances this year?  My extremely jaded, cynical view says “No.”  It seems to be an open secret that Graham is gay, or so we are told from some who live in SC.  Therefore, if most SC voters know but keep voting for Graham, it must not matter that he is gay.  Correct?  But I can’t help but be reminded of another SC hypocrite and liar who maintained his power for decades even though their was an “open secret” about his past.  I’m talking about the deceased Senator Strom Thurmond.  It was supposedly an open secret — or so I am told — that segregationist Thurmond fathered a mixed race daughter.  Yet, Thurmond’s mixing of the races was only revealved as a fact after Thurmond died.

None of this came to the attention of the state or national media until after Strom Thurmond was dead.

So once again, if this was no big deal, why keep it a secret?  Thurmond literally died as the senior senator from South Carolina.  Half the buildings in the state are named after Strom Thurmond.  And it was another “open secret” that Thurmond’s mental state was in serious decline.  I read that the voters knew that who they were really voting for was Thurmond’s chief of staff who would tell Strom how to vote.

A politician so beloved by the voters surely could have survived if he admitted to fathering a mixed race child, even if he was a racist bastard.

Or probably not.  In fact, Thurmond’s denials about fathering a mixed race daughter prove that he was smart enough to realize that there is a difference between “knowing” about hypocritical behavior and having it shoved in your face.  If this wasn’t a potent issue that could hurt a politician in SC, why did Karl Rove use this same smear against Senator John McCain during the 2000 Presidential Primary?  Rove used a push poll to spread the lie that John McCain had fathered a mixed race daughter.  McCain’s adopted daughter is from Bangladesh.

Sure looks like having fathered a dark skinned daughter was a bit toxic for any politician running in SC.

Now, Graham hasn’t fathered any childern, or at least none that I am aware of.  But if it is an open secret that the voters in SC know he is gay, why not just come out and admit it?  Oh yeah.  Conservative Republican voters are not really thrilled with the LGBTQ community.  How many gay Republican politiicans have remained in the closet because of fear of voter rejection at election time?  God only knows.

If Graham is gay, he knows that being outed for all to see will hurt him in an election.  He might not lose his senate seat because of that, but Republican voters in SC would not be happy voting for “Lady G.”  There is a difference between knowing and certainty. 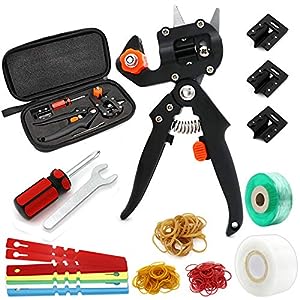