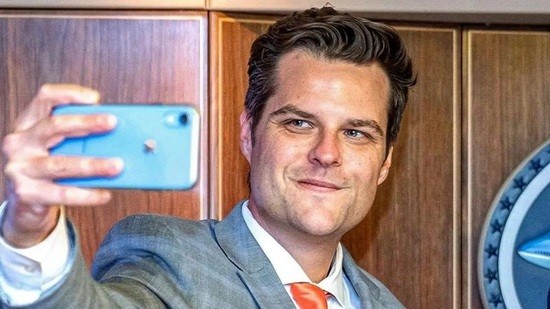 Just as the COVID-19 pandemic transformed the country and Donald Trump transformed his body into a Carl’s Jr. grease trap, Trump himself has all but Brundlefly’d the Republican Party—to the point where I don’t know what the fuck it is anymore.

[…] naturally Republicans like Boebert want to throw more money at their wealthy benefactors. Biden, on the other hand, is […]

[…] disturbing part of Scott’s harangue was when he raised the matter of race. As the only Black Republican in the Senate he has some license to speak on the subject. Sadly, he wasted it. He forcefully […]

[…] oath of office. Today that number is 70% in just a hundred days. Yes, the vaccines were developed basically on science that came along before Donald Trump became president. But sure, I am happy to give the Trump administration credit for moving that […]

Audit Facebook, regardless of its oversight board decision on previous guy. - The Politicus

[…] itself. “The shocking events of the last 24 hours clearly demonstrate that President Donald Trump intends to use his remaining time in office to undermine the peaceful and lawful transition of […]