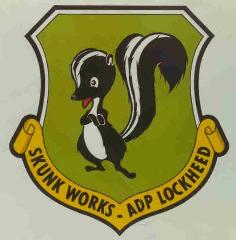 Not many of us are old enough to remember the comic strip Li'l Abner, the dim witted hillbilly from Dogpatch. There was a cave called the “skonk works” where the still that created Kickapoo Joy Juice hid from the law and anyone trying to steal the magical elixir it produced.

“Skunk Works” became the name for a secret group of Lockheed engineers who worked on a project to build the p-80 during World War II. This was the United States' first jet powered aircraft. They picked the name from the comic strip because their secret facility was located next to a plastics factory that let off some horrendous odors. Since then “skunk works” has become a codename for anyone working on something they want kept secret.

This is why the select group of Governor Snyder administrators, Education Apartheid Authority, delegation from the Mackinac Center and the many executives representing information technology corporations picked “Skunk Works” for their clandestine meetings to figure out how to circumvent the ban on school vouchers in Michigan, thus screwing more kids out of a quality education while the tech companies raked in more of the taxpayers money to offshore. They used private email and met on weekends and evenings to stay off the radar, that is until someone leaked important documents to The Detroit News.

So what do you do when your governor decides four days later to hold a town hall meeting and is dealing with the blowback from an exposed skunk works project that wants to secretly do something they know is illegal? There is one important question that must be asked:

Some Michiganders might be jaded and disillusioned with the mess Snyder's administration has made of the state enough to have forgotten this, but Snyder campaigned on how he was going to be completely transparent as governor. No closed meetings in secret locations that defy the Open Meetings Act. This was point number three in that ten point plan of his that he campaigned with.

Much to my surprise because at this point I expect anyone asking Benito Snyderlini any questions to make them as softball as possible, the question I submitted via twitter was the second question asked during at the town hall meeting.

Of course, when you're asked a question that puts your balls to the wall, what do you do? You dance like the puppet you are and give an answer that doesn't really answer the original question. King Dick insisted he knew nothing about what members of his own administration were up to, but now that he does know about it, he thinks it's a good idea and wants the project to continue. He even put the guy who said this skunk works project should be disbanded in charge of it the next day.

Since Snyder became governor of Michigan not much positive has happened here. The Republican legislature continues to lead the nation in the race to the bottom and they're on the double quick with Michigan's public schools. The one positive that has resulted in the revelation of Snyder's secret plans to undermine the state constitution at any opportunity means more people are questioning the transparency and ethics of his administration. This is something that needs to be remembered when the gubernatorial election cycle arrives next year in Michigan.

(33002)
$348.00 (as of May 19, 2022 03:03 GMT -04:00 - More infoProduct prices and availability are accurate as of the date/time indicated and are subject to change. Any price and availability information displayed on [relevant Amazon Site(s), as applicable] at the time of purchase will apply to the purchase of this product.)