Trump reiterated yet another lie about “the previous administration” funding last night’s missile strike. The JCPOA released Iran’s money held since 1980. Trump’s withdrawal from the agreement compelled Iran to leave its compliance and announce it would resume work on nuclear enrichment that could be used for weapons. Nukes and Regime Change remain key elements of Trump’s derangement. His health, however, seems compromised.

Are his dentures loose? What’s with the sniffing? Is he still an adderall junkie? Why can’t he pronounce words properly? What’s with his tongue thing? Is he fiending? 🤮 pic.twitter.com/j3BU3cDd4A

58 times. He sniffed 58 times during his address. Here are all of them. pic.twitter.com/GoAIfsfdLd

Trump is speaking now, flanked by Pence, Pompeo, Esper and military leaders. "As long as I am president of the United States, Iran will never be allowed to have a nuclear weapon. Good morning," he begins.

All the news networks do a good job in fact checking after the fact or in separate segments, but that is clearly not sufficient.

Also Don's hair looked amazing, he was just the right color of Autumn squash, the way he slurred his words together showed his mastery of the material and that even the effect of powerful drugs could not dim his Einstein brain. And there's that twinkle in his eye. He slays me.

A speech completely disconnected from everything he has said the past few days and probably from what he will tweet over the next few. Careening from news cycle to news cycle with no plan or strategy, same as it ever was. 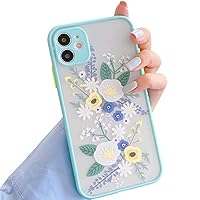